Bride Trafficking in Vietnam: Coping with a Daughter's Disappearance - FreedomUnited.org
This website uses cookies to improve your experience. We'll assume you're ok with this, but you can opt-out if you wish.Accept Read More
Skip to content
Back to Global News 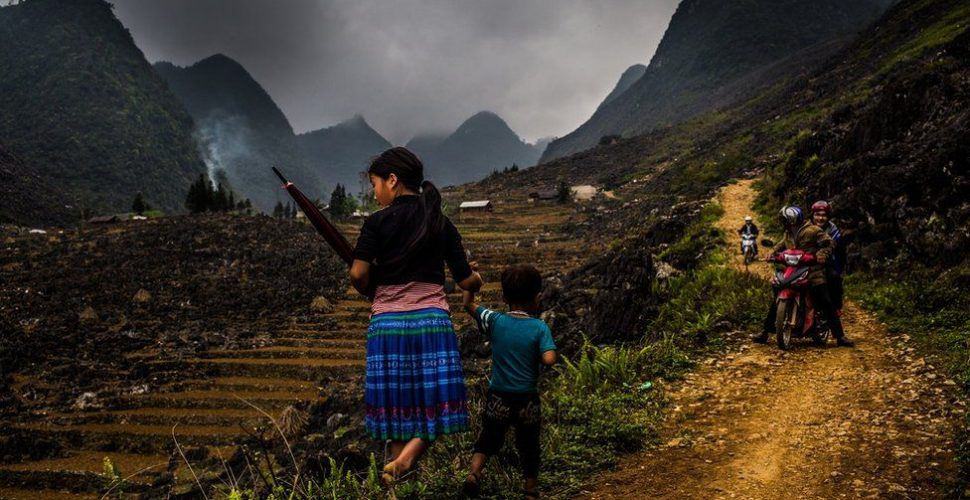 Bride Trafficking in Vietnam: Coping with a Daughter's Disappearance

In remote parts of northern Vietnam, girls are disappearing — some as young as 13 years old. They are victims of bride trafficking, kidnapped and taken across the border to China where they are forced into marriage.

It is a problem that has been growing slowly but steadily in this rural region of the country, and one that has traumatized many of the families whose daughters have gone missing.

As a result of China’s decades-long one-child policy and a societal preference for sons that led to female infanticide, China has a major gender imbalance. It is this shortage of women that is fuelling bride trafficking from northern Vietnam.

BBC reports one one family’s case:

Fifty-six-year-old Do has been diagnosed with a terminal illness. Her only wish is to see her daughter Mi again before she dies. However, Mi has been missing for two years.

She was running errands in the market the day she was kidnapped, but all Do and her family have been able to establish was that she had been followed by two men when she left the stalls.

They traced Mi as far as Ha Giang, a city in the north of Vietnam, but by the time they got there, she was gone. Nobody had seen her, and they were told by local people that she had probably been taken to China to be sold as someone’s wife.

Families of the missing suffer from what is called “ambiguous loss” – a term coined by the psychologist Pauline Boss, and described as one of the most painful types of loss, because there is little possibility of closure.

Since Mi went missing, three other girls in her same village have been kidnapped. The village only has 50 inhabitants.

Yet not all victims of bride trafficking to China are kidnapped. Sometimes traffickers “woo” girls, acting as friends or boyfriends and promising that they can secure the woman a job in China. As wages in China are higher than in this village, women often agree to go with the belief that they can help their families. It is when they arrive in China that they realize they have been tricked.

One NGO, Plan International, is working in Ha Giang province to ensure that girls are aware of the dangers of human trafficking and urging authorities to track down the missing girls.

This is the result of years of female infanticide and was so predictable now they steal other countries children to ease the shortfall, (1 million Chinese men will never marry by 2020)

I hope they never get maried because woman learn, know and understand. and they know the difference between wanting to do it and having to it. Nobody should be forced into marriage and into ideology of a perfect society and obedience

It is increasingly more difficult to stand by. These daughters are our daughters.

Yet more tales of MLL8xmans inhumanity, it knows no bounds and leave catastrophe in its wake

Government, civil society, academia etc., has to raise to the occasion and educate the people especially in China, later Vietnam for harmonious society.

They have a shortage of women in China w/ 1.3 billion people?

I feel sorry for the man in China but there are millions of options for having a child, getting civil partnership etc; but forcing someone into marriage and being ok with the situation it’s not ok. The government in China is powerful and smart, they can find a way dealing with the issue. I didn’t know that getting married was a priority in China.
Maybe the majority of the powerful people know about the issue but they keep silence because for someone it’s a business.