Modern Slavery on Brazilian Cattle Ranches - FreedomUnited.org
This website uses cookies to improve your experience. We'll assume you're ok with this, but you can opt-out if you wish.Accept Read More
Skip to content
Back to Global News 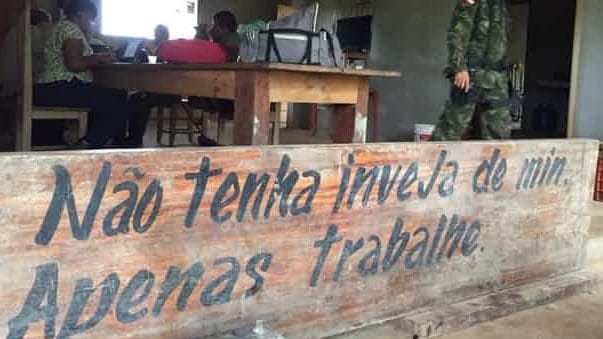 Armed police and labor inspectors raided a cattle ranch in the Amazonian rainforest owned by Lúcio de Cassio Vieira. When they reached the property in northern Brazil there were seven workers, exhausted after working a long day in the blazing sun and taking shelter in a makeshift dwelling.

One worker who was interviewed by the Guardian said, “We worked from Sunday to Sunday, with no rest. If we complained, he said he owned the farm and that he would only calm down if he killed one of us.” Workers say they had to live in shacks with no running water, sanitation, electricity, or beds. They were paid infrequently, at salaries far below Brazil’s minimum wage, and that “debts” supposedly owed to their boss were deducted from their income. As one worker recounted, the only thing they were not charged for was “drinking water, because it comes from the rain.”

The seven men were identified as victims of modern-day slavery according to Brazilian law. Prosecutors quickly drew up an arrest warrant for Vieira. It should have been an open and shut case, but now the rancher is on the run and being treated as a fugitive.

This case is just one of many that point to a systemic problem in the industry.

“Brazil’s once famously tough anti-slavery laws are being grossly undermined by powerful politicians and business interests. Remote ranches, semi-feudal power structures, impunity and lack of resources have made slavery the grim trademark of Brazil’s $4bn (£3bn) beef export industry, which counts the US, UK and EU among its clients.”

While Brazil “blacklists” ranches linked to labor exploitation or deforestation, “Ranchers get around this by transferring ownership of their animals to a middleman – a partner, relative or neighbour, for example – who, in turn, sells to the main meatpacking companies,” said Andre Campos of Repórter Brasil, an NGO that investigates supply chains and transparency.

According to Walk Free, an estimated 160,000 people are trapped in some form of slavery in Brazil with cattle ranches being a main site of exploitation.