Beyond Survival to End Domestic Trafficking - FreedomUnited.org
This website uses cookies to improve your experience. We'll assume you're ok with this, but you can opt-out if you wish.Accept Read More
Skip to content
Back to Global News 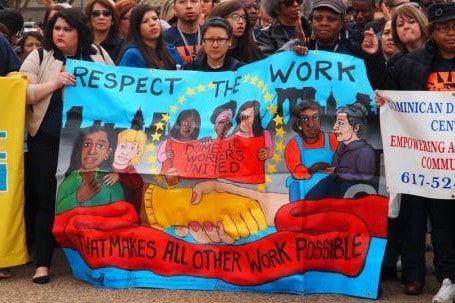 Beyond Survival to End Domestic Trafficking

This article argues that countries must look beyond survival to end domestic trafficking.  Ending labour trafficking requires us to elevate the voices of survivors and collaborate across state and policy lines to ensure accountability…

Last year, a Nepali domestic worker was rescued from a Virginia home after more than ten years of captivity.  Her visas were taken away by her employer, and he stole her wages.  On the day she was rescued, there were two organizations that stepped up to help her–Adhikaar and Casa de Maryland.  Latina, Asian, and African immigrant women who were members of those NGOs were there to assist in that worker’s rescue.  The joyful cheers and tears that followed, reflected the power of the moment.

The International Labor Organization estimates that there are more than 20 million survivors of trafficking around the world, and 68% of them were captive in labor trafficking, which includes domestic work.  This article encourages more emphasis on stories of survival and hope rather than on accounts of despair.

To read the entire article, click on the article below.