Beirut’s domestic workers struggling to survive in aftermath of explosion - FreedomUnited.org
This website uses cookies to improve your experience. We'll assume you're ok with this, but you can opt-out if you wish.Accept Read More
Skip to content
Back to Global News 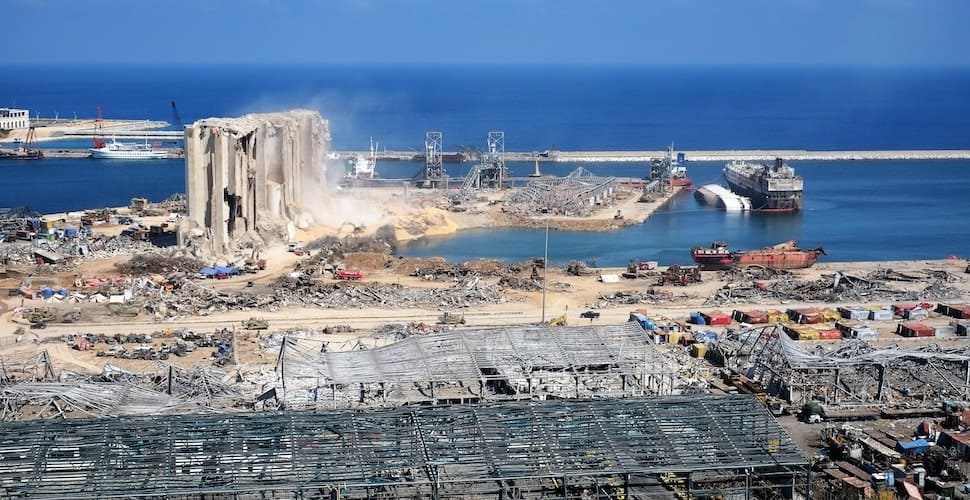 Beirut’s domestic workers struggling to survive in aftermath of explosion

As the coronavirus pandemic exacerbated an existing economic crisis in Lebanon, its many migrant domestic workers already bore the brunt of this vicious double blow.

But the deadly blast that ripped through the port just over a month ago and brought the country to its knees has pushed Beirut’s domestic workers to the brink.

Even in the absence of any of these factors, Lebanon’s domestic workers were suffering as a result of kafala—a sponsorship system which effectively ties migrant workers to their employers, facilitating abuse and modern slavery.

Economic difficulties led many employers to stop paying their workers entirely, in many cases abandoning them on the street or in front of their embassies.

Now, living amid the ruins of a devastating explosion, many of these domestic workers are starving and struggling to survive.

Despite the international attention and support received by the city in the wake of the explosion, Beirut’s domestic workers —hidden as a result of their marginalized position in Lebanese society—feel invisible and forgotten.

The size of the rebuilding process that Beirut faces means that hungry African women sleeping rough on Beirut’s streets are rendered invisible twice – first by Lebanese society, which treats them as subhuman, and again by a global community that cannot see so many layers down into Lebanon’s ranking of victims.

For now, Beirut’s migrant workers are sticking together and sharing whatever meagre resources they have.

No group of migrant women is struggling more than those from Africa, who face additional racism and abuse as a result of the color of their skin.

One woman interviewed by the Guardian, Christine (not her real name), is trying to raise funds to help African women return home, but travel is expensive—and Lebanese bureaucracy obstructive.

High fees area charged for the paperwork required to exit the country, while kafala rules often result in migrant workers being told to head back to their employers.

Other workers fled their employers after suffering abuse, becoming undocumented or leaving their passports behind in the process.

With these bureaucratic and financial obstacles trapping them in in Beirut, many migrant workers do their best to warn other women against coming to Lebanon.

But Christine said she thinks desperate women will still try to come.