Australian senate passes forced labor bill - FreedomUnited.org
This website uses cookies to improve your experience. We'll assume you're ok with this, but you can opt-out if you wish.Accept Read More
Skip to content
Back to Global News 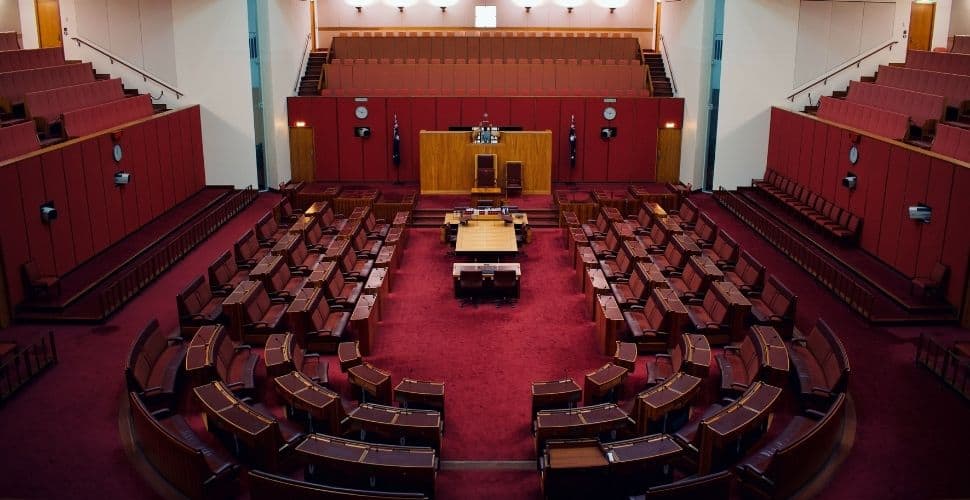 The Australian senate has passed a bill introduced by independent senator Rex Patrick banning the import of goods made with forced labor. Senator Patrick had previously introduced a bill to ban imports from China made with Uyghur forced labor but was unsuccessful because of the specificity of the import origin.

The current proposed bill does not specifically refer to China but the spirit of the legislation, if passed, would effectively ban goods made with Uyghur forced labor.

With the support of our partner, Be Slavery Free, the Freedom United community’s voices were heard in Australia. Senator Patrick was presented with over 80,000 signatures calling for the Chinese government to end the Uyghur forced labor system.

Senator Patrick stated that, “This bill is part of a growing international campaign against modern slavery and those who profit from such human rights abuses.”

The bill was also supported by the Australian Council of Trade Unions as well as disparate political parties. It was not, however, supported by the Coalition government which controls the House of Representatives which is where the bill must secure passage to become law.

Liberal senator Eric Abetz told the Senate, “If this bill were to go to a vote my heart would say ‘yes’ but my head would be saying ‘not yet’.”

The Coalition did not support passage of the legislation through the Senate, even though at least one Liberal senator said it was “a bill worthy of consideration and support in principle”.

Patrick said the passage of the bill was “an important step forward in the international efforts to combat modern slavery”. He said the onus was now on the Coalition government to allow the bill to clear the House of Representatives.

“We can’t have the government dodge the issue by saying that they are conducting another review,” Patrick said. “Action is required within the life of this Parliament, indeed within this calendar year.”

The bill would amend the Customs Act to prohibit the importation into Australia of goods produced or manufactured, in whole or in part, through the use of forced labour.

If passed, this would be a huge move by Australia given that advocates view its current three-year-old Modern Slavery Act as weak at best.

The Act only requires companies that make over $100 million in revenue to submit statements on their supply chain due diligence. Even this small group that meet the criteria would not face financial penalties for failure to publish statements. This bill would require all companies to prove their goods are free of modern slavery.

Freedom United is proud to be a part of the international movement against modern slavery. Join us and sign the petition today.

It is right time to show to the people about Australian Government’s commitment to end the forced labour. the house of representatives of Australia should not delay to adopt the bill. We also urge the USA government to do the same

The Australian Senate needs to do something about the present-day enslavement of the Australian people to the totalitarian Covid ideology!

It would be unethical and immoral to hold out on this bill. To Eric Abetz, if not now then when? Delaying is criminal.

I hope the U. S. Takes similar action! Good for you, Australia!

Would such a bill include all prisoners held in all prisons in Australia, USA, Britain, the EU ane everywhere else in the world who are also forced to work on making products for sale?