Audit Finds UK Modern Slavery Strategy 'Inadequate' - FreedomUnited.org
This website uses cookies to improve your experience. We'll assume you're ok with this, but you can opt-out if you wish.Accept Read More
Skip to content
Back to Global News 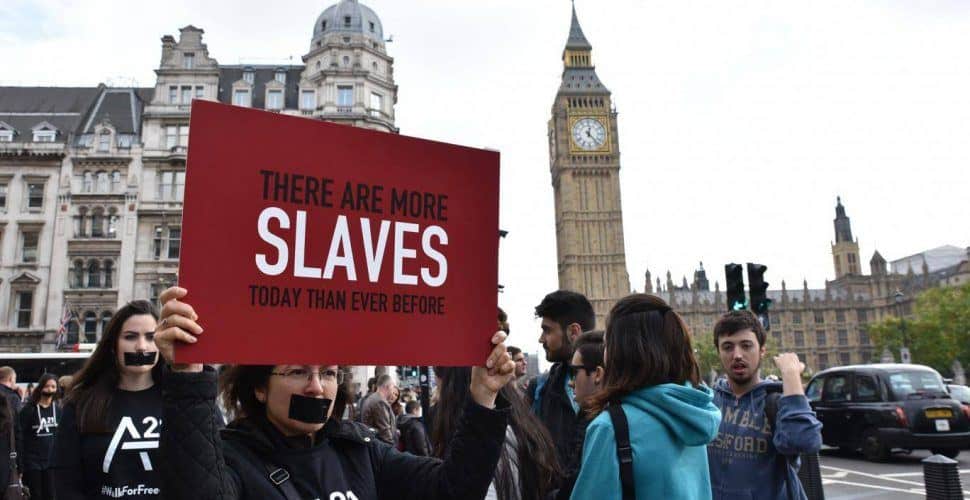 The National Audit Office (NAO) has issued a report calling the UK government’s modern slavery strategy “unclear” and “inadequate” in a blow to the Home Office.

Amyas Morse, head of the NAO, said that the “government will need to build much stronger information and understanding of perpetrators and victims than it has now.”

One key finding from the report was the inefficiency of the National Referral Mechanism (NRM) – the UK’s framework for identifying victims of human trafficking. Furthermore, campaigners say that victims of modern slavery are often too afraid to reach out to authorities for help and those that do often find a lack of support and protection.

The new findings show the Modern Slavery Strategy fails to set out clear activities for the Home Office or a means of monitoring progress, and that the Government doesn’t know how much is spent on the strategy or how effectively the money is spent.

Kate Roberts, head of the Human Trafficking Foundation, said the report provides further evidence that the UK’s commitments on addressing slavery had still not translated into practical measures which affect the reality of the lives of victims and survivors.”

“The continuing confusion and lack of consistency in the UK’s response to slavery means victims who approach the authorities for help still cannot be sure that they won’t be criminalised as an immigration offender or for offences they have been forced to commit as part of their exploitation.

In response to the NAO’s audit, the Home Office said that they “welcomed” the findings but that “Since the NAO examined our work on modern slavery we have made significant strides in a number of areas it identifies.”

Recent estimates place the number of victims of modern slavery in the UK between 10,000 and 13,000, with most in situations of forced labor or trafficking for sexual exploitation.

“A TOTALLY… TRAGEDY IN THE MAKING!” End this deplorable travesty too all those who are vulnerable and who are less fortunate!!! GeeQuu . 12.23.17