Albanian Political Prisoners Forced to Mine Win Pension Victory - FreedomUnited.org
This website uses cookies to improve your experience. We'll assume you're ok with this, but you can opt-out if you wish.Accept Read More
Skip to content
Back to Global News 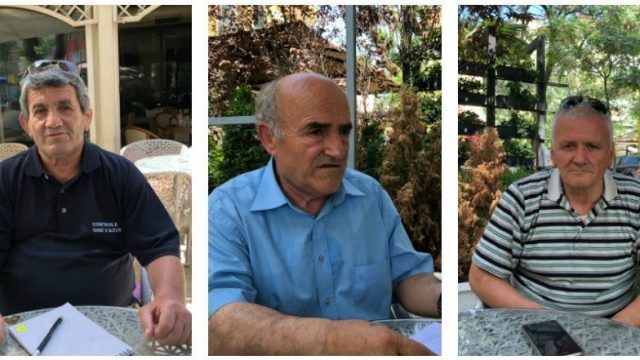 Political prisoners during Albania’s 45-year Communist regime were sent to perform hard labor at Spac prison, where they were forced to mine copper and pyrite.

Yet survivors of the prison have been fighting until now to secure pensions for their work because no official records of their labor existed.

Three of these men, Fadil Daja, Ali Leka and Agim Hakcani, have now won the right to receive their pensions, prompting the government to amend a law that will give 264 former political prisoners pension benefits.

Spac prison, which was built in 1954 by the Communist government, was used as a forced labor camp where political prisoners would work in mines reaching 40 degrees Celsius. Nearly 1,000 prisoners died.

In December 2014, the Albanian government passed a law that raised pensions for people who worked as miners, as well lowering the pension eligibility age to 55 if they had worked for at least 12-and-a-half years in the mines.

Fadil Daja, Ali Leka and Agim Hakcani fulfilled these legal requirements and rushed to apply for the pension. They were asked for a confirmation from the General Directorate of Prisons of the exact length of time they had worked in the mines.

To their surprise, the General Directorate responded that it had no data about the work they did while in prison.

“They had only registered the date when we entered and left prison, not a single piece of data or document about the time that we were forced to work. This is because they didn’t want to leave traces of political prisoners’ forced labour,” Leka said.

Daja said he was outraged. “I was shocked. Although I worked for over 13 years like a slave in the galleries, technically I was not able to get a miner’s pension,” he explained.

Yet the three men and other former political prisoners came together to lobby the government to address what they saw as a grave injustice. Finally, after three years of campaigning, the government amended the law in March.

In addition, the time worked by political prisoners will be calculated as double, meaning those who were subjected to forced labor at the Spac mine for 10 years will receive 20 years of pension.

The amendment is expected to be approved by parliament this month.

“We are waiting for parliament to pass the amendment and we cannot tolerate more delays,” said Daja.