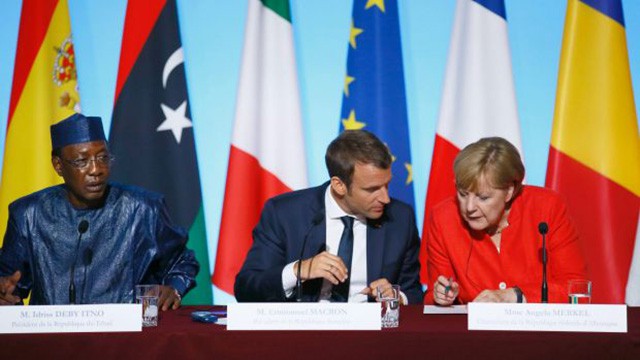 The “big four” continental powers in Europe along with three African states agreed on a plan that will help eradicate human trafficking while lending support to nations that are struggling to manage heavy waves of immigrants across the desert and Mediterranean sea.

“The 28-nation European Union has long struggled to reach a coherent answer to the influx of migrants fleeing war, poverty and political upheaval in the Middle East and Africa, and the crisis is testing cooperation between member states. After hosting the leaders of Germany, Italy, Spain, Chad, Niger and Libya, French President Emmanuel Macron said it was time for greater coordination.”

Macron said, “We must all act together – from the source countries to Europe and passing by the transit countries, especially Libya – to be efficient. “It’s a challenge as much for the EU as for the African Union.”

The meeting failed to offer many concrete details, but the members concurred on the basic principles of a mechanism that would identify legitimate migrants who are  fleeing war and persecution as well as using the United Nations to register them in Niger and Chad so as to prevent them being exploited by traffickers.

German Chancellor Merkel said, “At the core of it, it’s all about fighting illegal migration.  If we want to stop human traffickers, then this can only be achieved through development aid.” She emphasized that Berlin was willing to increase its efforts.