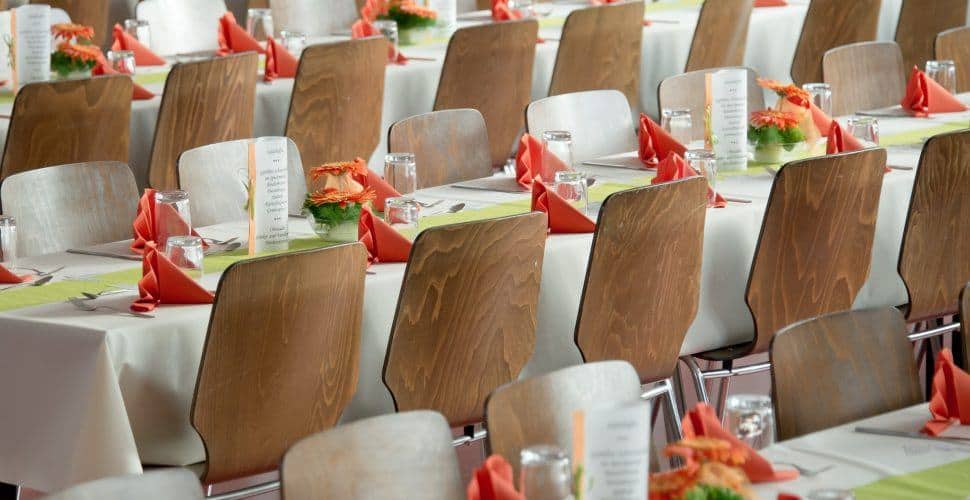 U.S. authorities say that two men trafficked Filipino immigrants to work at a wedding hall just outside of New York in a case they call “human trafficking in plain sight.”

Thomson Reuters Foundation explains that the two men lured Filipinos with the promise of good work:

The pair lured workers with promises of good jobs and paid money into their bank accounts but took it back and threatened to report them if they complained, the U.S. Immigration and Customs Enforcement (ICE) agency said in a statement.

Many of the workers were living with expired visas in the basement of the hall’s owner, who has since filed for bankruptcy and closed the troubled business, ICE said.

“This case is an example of ruthless labor trafficking hiding in plain sight,” said Angel Melendez, ICE special agent in charge of Homeland Security Investigations in New York, in a statement.

“These individuals allegedly committed visa fraud while forcing people to work in their catering hall under horrible conditions, in what seemed to be an inescapable situation.”

The two suspects are Ralph Colamussi of New York and Roberto Villanueva of the Philippines. Colamussi was the owner of the Thatched Cottage wedding hall in Centerport, New York. Together they recruited over two dozen Filipino immigrants to work as waiters and cooks, charging illegal recruitment fees in the process.

However, when the workers arrived they were assigned lesser jobs and given little or no wages. Colamussi and Villanueva reportedly threatened them with violence to their families or deportation if they told anyone about the abuses.

Colamussi and Villanueva now face federal charges of conspiring to engage in forced labor of immigrants, visa fraud, and other counts.