Abolitionist for the 21st Century - FreedomUnited.org
Skip to content
Back to Global News 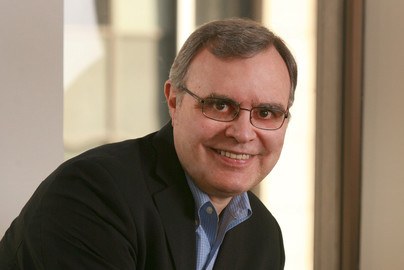 Abolitionist for the 21st Century

Robert Boneberg is an abolitionist in the 21st century.  He is the former chairman of the board of Free the Slaves.  Earlier this month, he spoke to the Wyoming Presbyterian Church…

He is an elder of that church and determined to raise global awareness that slavery is a true concern for us today.  “Although slavery has been outlawed everywhere, it has not been eradicated.” He talked about the atrocities of modern slavery and explained ways to fight it.  Human trafficking equals slavery in the 21st Century.  The 13th Amendment did not end slavery.  It is alive and well today at an unprecidented level.

Boneberg explained that today’s slave trade has become industrialized.  More than 10 million people from Africa arrived in the Americas and were sold into slavery between 1526 and 1867 . Modern slavery around the world claims almost 21 million victims at any given time. This crime is the second largest on Earth and according the the US Department of Justice, the fastest growing one.

“Commercial slavery will end when businesses clean up their supply chains. What does that mean? The gold nuggets and other ores needed to make your mobile phone and computer work; the children sewing your tee shirt or weaving the carpet you’re eyeing; what about the person that picked the vegetables in your salad? All of these products could have a slave labor component. You don’t know. It’s likely the retailer from whom you bought it doesn’t know, either.”

He praised the church for putting a resolution before the Newark Presbytery to take action.  He emphasized the importance of getting involved.

The article ends by asking the question: Did we fight a Civil War and start a civil rights movement only to see slavery thrive on our watch?

Learn more about some abolitionist organizations in the Movement: Free the Slaves (preventing slavery through education and toughening enforcement), Polaris (with its National Human Trafficking Resource Center Hotline), and Verité (singling out specific products through supply-chain accountability).