A New York state university asked to cut ties with prison slavery - FreedomUnited.org
This website uses cookies to improve your experience. We'll assume you're ok with this, but you can opt-out if you wish.Accept Read More
Skip to content
Back to Global News

Like many other U.S. states, New York requires government agencies to treat Corcraft, a state-owned prison company, as a “preferred source” for products. Corcraft produces a range of institutional products, from office furniture to soap dispensers using incarcerated labor. Among other state entities, schools such as City University of New York (CUNY), are required to use Corcraft furniture.

In New York, incarcerated workers’ wages can begin at just 16 cents per hour, which can be increased to 65 cents per hour. In contrast, Corcraft makes millions of dollars in revenue every year. According to Inside Higher Ed, CUNY spent more than $245,000 on Corcraft between 2009 and 2017 while the State University of New York (SUNY) spent $2.9 million.

People who have experienced incarceration have spoken out about how they were forced to work for Corcraft, calling the experience “slavery at its best.”

Many students find this unbearable. “As students, every time we sit down, we touch a product that was constructed by an incarcerated person,” said Diana Kennedy, a member of CUNY for Abolition and Safety. Kennedy and over 90 groups of students, faculty, community members and city and state officials have signed a letter to CUNY calling on them to cut ties with Corcraft.

As more and more people speak out against prison slavery, other universities are beginning to move away from the practice.

This summer, the University of Florida decided to eventually end the practice of having inmates labor on its agricultural research farms. Because of state regulations, the workers were paid nothing at all.

“The symbolism of inmate labor is incompatible with our university and its principles and therefore this practice will end,” President Ken Fuchs wrote in an announcement on changes the university was making toward racial equity. The unpaid labor at the sites is valued at about $1.7 million per year.

States like Wisconsin and Virginia also have laws on the books stipulating that public colleges must buy from the corrections industry or consider it a preferred provider.

Freedom United is calling on all sectors, including education, to divest and cut contracts with abusive facilities so that no incarcerated people or immigrant detainees are forced to work and those that choose to do so are paid fair wages.

Add your name to the campaign today and call for an end to slavery in the U.S. prison and detention industry. 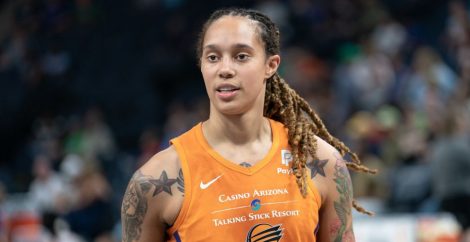