End slavery in the U.S. prison and detention industry - FreedomUnited.org
This website uses cookies to improve your experience. We'll assume you're ok with this, but you can opt-out if you wish.Accept Read More
Skip to content

End slavery in the U.S. prison and detention industry 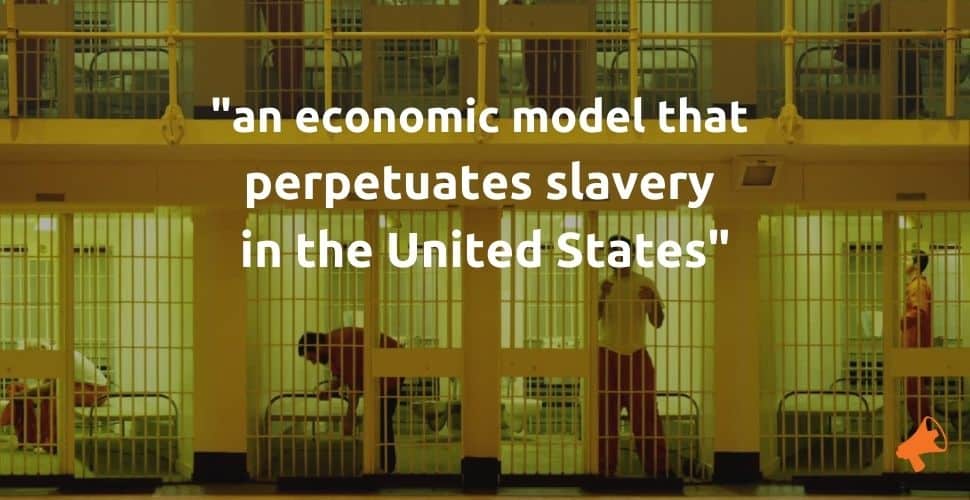 Watch our Instagram live conversation with Be Better Belmont.

Forced labor should not be legal in the United States. But it is, and it’s rife in the U.S. prison and immigration detention industry, with public and private actors to blame.

Under the 13th Amendment, involuntary servitude remains legal as punishment for a crime. However, even those who are not convicted of crimes – including immigrant detainees – have allegedly been subjected to forced labor behind bars.

The U.S. public and private prison and immigration detention industry has long been built to exploit profit from those who are incarcerated who, in some cases are forced to work under threat of punishment or penalty, in contravention with international standards.1

We won’t let this stand unchallenged which is why we are calling for major reforms of the prison industry. We are not arguing against prison labor, we are refuting the argument that forced labor is doing good. We demand an end to schemes and legal loopholes that allow local governments and contractors to benefit from the exploitation of those who are incarcerated and detainees in forced labor.

One of the core problems with contracting comes in the form of the Prison Industry Enhancement Certification Program (PIECP), where private companies who have contracts with government-run prisons can get away deducting up to 80% of their detainees’ wages, meaning they work for almost no pay, creating an economic incentive for this system. 2

Fair pay, equivalent to what would be earned on the outside, is not only an indicator that labor is free, but the savings made are crucial for detainees’ recovery on release, as well as enabling them to afford basic necessities from the commissary.

This is at worst an economic model that perpetuates slavery in the United States. The 13th Amendment of the U.S. Constitution, which abolished slavery, in fact allows it to be used as a method of punishment for crime. On dismantling the historical system of slavery, this created space for the continued exploitation of African Americans and now other discriminated groups, largely from poorer migrant communities, to be essentially trafficked into the prison and detention system for labor exploitation under the control of private companies.3

We must stop this economic slavery model!

Case in point is the alleged appalling treatment at the Santa Rita Jail in Dublin, California, those whom were incarcerated are suing Alameda County, Sheriff Gregory Ahern, and multinational food and facility services company Aramark, in a federal court for forced labor. 4

The victims say they are subjected to forced labor because the sheriff’s deputies threatened them with solitary confinement or longer sentences if they refused to work.

What’s more, they allege that Aramark “receives an economic windfall as a result of the uncompensated labor of prisoners.”

“Santa Rita and therefore the county are stealing the wages that have been earned as a result of the work of the prisoners,” argues Dan Siegel, one of the lawyers representing the plaintiffs. “We speculate that it’s at least millions.”

The Santa Rita Jail case isn’t an anomaly; it’s part of a broader system of injustice against those who are incarcerated and immigrant detainees across the United States.

Several lawsuits have been brought against private immigration detention centers over claims of human trafficking, and there is promising news. The U.S. Court of Appeals for the Eleventh Circuit recently found that the Trafficking Victims Protection Act applies to the Stewart Detention Center in Georgia – the site where immigrant detainees allege they were subjected to forced labor.5

According to the complaint, victims suffered “serious harm, including the deprivation of privacy and safety in open living quarters, referral for criminal prosecution, and, ultimately, the sensory and psychological deprivation of their humanity resulting from solitary confinement. Under these circumstances, no labor is voluntary—it is forced.”

We are thus asking all local governments and private companies to comply with the Trafficking Victims Protection Act and stop profiteering from forced labor and slavery in public and private prisons. Even when convicted, incarcerated people are protected from slavery-like practices under international law and should be paid fairly for voluntary work performed.

Join our call and help send a strong signal to U.S. public and private prisons that they can’t get away with forced labor behind bars.

Have questions about the link between prison labor and modern slavery? Learn more about it here.

FIFA is an accomplice of Qatar. They could put pressure on them to guarantee fair pay and treatment. But of course the FIFA officials only think of their own pockets and egos. Disgusting.

Iam shocked that even many advanced and free nations have not made a strict law to prevent unauthorized organ harvesting from innocent people. Does it require a campaign from human rights organisations to bring this law? Pathetic how low humans can sink for money

FIFA should put pressure on Qatar. But the officials only think of their pockets and egos. Disgusting !!!

It’s hard to believe that this stuff is ongoing and the international community did nothing to stop it. And in the first place, Eritreans woke up!! WE are responsible if the brutal dictator is still alive up to this day. Our people are suffering, force slavery continued, …..what we are waiting? It’s time to stand up as one.

It looks like just about all major food brands use prison labor. It’s great to put pressure on colleges to not use Amarak, but, in addition, campus dining facilities would have to carefully examine all of their food sources in order to be truly slavery-free.

End slavery in the U.S. prison and detention industry

We are calling on all public and private prisons, immigration detention centers, and associated contractors:

For too long the United States public and private industry has gotten away with exploiting labor from incarcerated people and immigrant detainees, often earning massive profits in the process, at worst under threat of penalty or punishment. We won’t accept this system of exploitation that in some cases is tantamount to modern slavery.

We are calling on all sectors to divest and cut contracts with abusive facilities and reform contracting so that incarcerated people and immigrant detainees are paid fair wages. 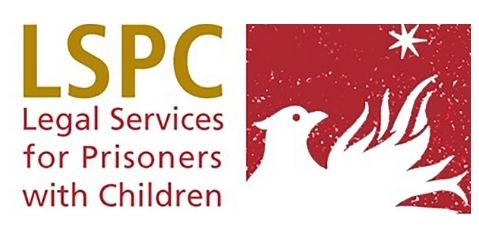