227 Migrants Found in Forced Labor in Sicily - FreedomUnited.org
This website uses cookies to improve your experience. We'll assume you're ok with this, but you can opt-out if you wish.Accept Read More
Skip to content
Back to Global News 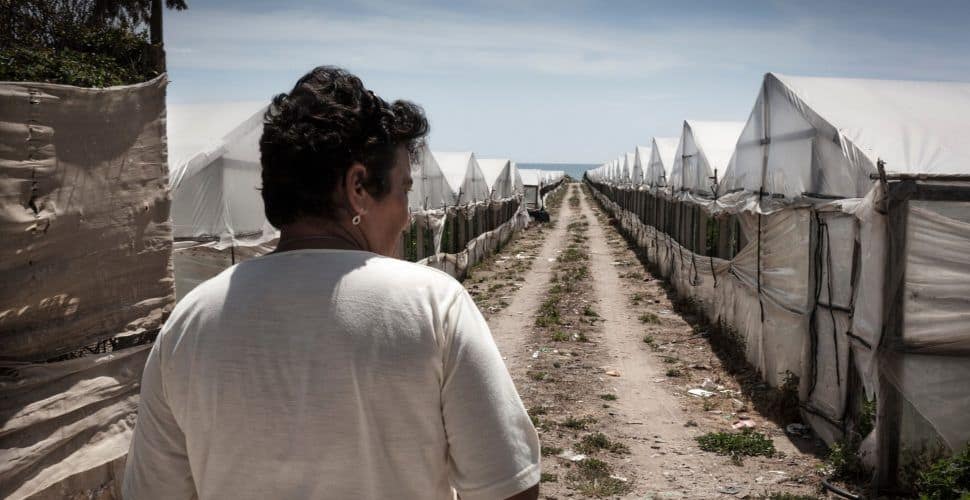 Eight arrests have been made and legal proceedings launched against 33 farming companies in Sicily after police raids found over 220 migrant workers — mostly Romanian women — were being exploited for their labor and sexually assaulted. Romanian women make up a large share of the seasonal agricultural workers in the vegetable-producing region.

Police head Antonino Ciavola explained to The Guardian that barely any farms in the raid were following the law:

“Of 40 farms we raided, only two were in order. In the other 38, we found workers living and working in terrible conditions in shacks with no heating or water. Some of the farm owners we arrested did not even think they were committing crimes. They saw themselves as benefactors, providing people with work and a roof to sleep under regardless of whether they were then subjecting those workers to exploitation.”

The raids also uncovered a trafficking network of recruitment from Romania into the greenhouses of Sicily, which prosecutor Valentina Botti calls an “inter-EU trafficking phenomenon.” An earlier investigation by the Observer back in March revealed that these women faced “routine sexual assault, being forced to work 12-hour days in extreme heat with no water, non-payment of wages and having to live in degrading and unsanitary conditions in isolated outbuildings.”

Italian officials say that they have taken steps to curb the abuse, but workers and human rights activists report that little has changed. One Romanian woman speaking anonymously told The Guardian that “Nothing has changed. We continue to live in five-square-metre cabins with our children. The children stay in the greenhouses all day. We are not treated like humans inside these places, we are treated like animals.”