2018 Global Slavery Index: North Korea World's Worst Offender - FreedomUnited.org
This website uses cookies to improve your experience. We'll assume you're ok with this, but you can opt-out if you wish.Accept Read More
Skip to content
Back to Global News 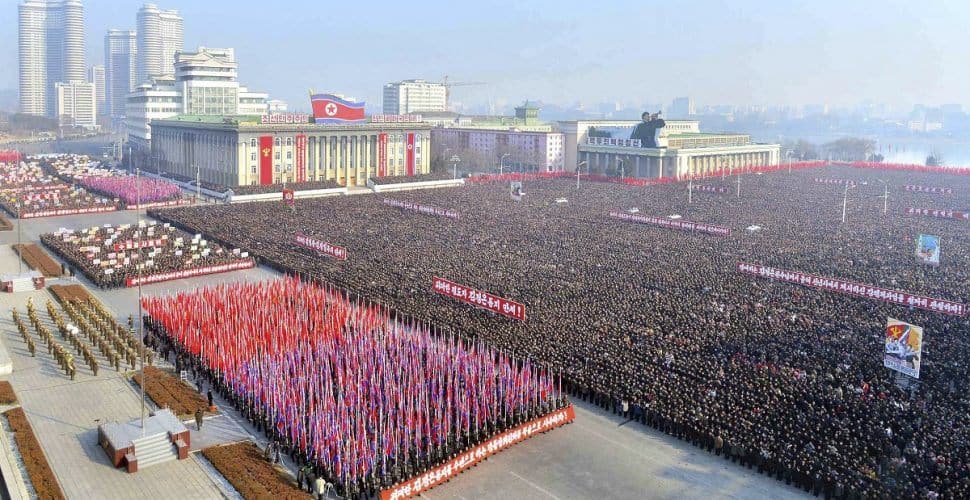 The newly released 2018 Global Slavery Index names North Korea and Eritrea as the two nations with the world’s highest rates of modern slavery, emphasizing how conflict and government repression contribute to the crime.

Published by the Walk Free Foundation, the Global Slavery Index estimates levels of modern slavery in countries around the world.

“Each of these three countries has state-sponsored forced labor, where their government puts its own people to work for its own benefit,” said Fiona David, research chair at the Walk Free Foundation.

This year researchers spoke with 50 North Korean defectors to understand the scope of forced labor in the country.

North Korea had the highest percentage of its population enslaved, with one in 10 people are in modern slavery and “the clear majority forced to work by the state”, the index said.

Researchers interviewed 50 North Korean defectors who spoke of long hours and inhumane conditions in forced unpaid labor for adults and children in farming, construction and roadbuilding.

“This index makes us visible,” said Yeon-Mi Park, a defector who spoke at a news conference at United Nations headquarters.

“These people simply were born in the wrong place, and that’s what they are being punished for,” she said, describing being trafficked into China where she was sold as a child bride.

Another defector Jang Jin-Sung said North Koreans do not consider themselves slaves.

“They’ve been indoctrinated all their lives to think that whatever they do for the state is a good thing,” he said.

India had the highest number of total people living in modern slavery with an estimated 8 million victims out of its 1.3 billion population.

China, Pakistan, North Korea and Nigeria rounded out the top five nations with the largest number of victims. Together these five countries account for 60% of the world’s victims of modern slavery.

The Global Slavery Index also warns that consumers in affluent countries may actually be fuelling the problem, purchasing billions of dollars of products likely tainted by slave labor.

Andrew Forrest, co-founder of the Walk Free Foundation, said that “Modern slavery is a first-world problem.”

“We are the consumers. We can fix it.”

Take Action: Chip in to support our work to end modern slavery.

34 million human beings are inslaved as of today, people who can not choose what they do, when they eat, when they sleep or how long they work or even if they live or die, AND WE ARE ALL RESPONSIBLE. Its a modern world blight and shame.

How the real action you will take to freed the victim of modern slavery di North Korea?

I wonder what the figures are for the PA and Hamas?