10-Year-Old Trafficked to Orphanage Reunited with Mother - FreedomUnited.org
This website uses cookies to improve your experience. We'll assume you're ok with this, but you can opt-out if you wish.Accept Read More
Skip to content
Back to Global News 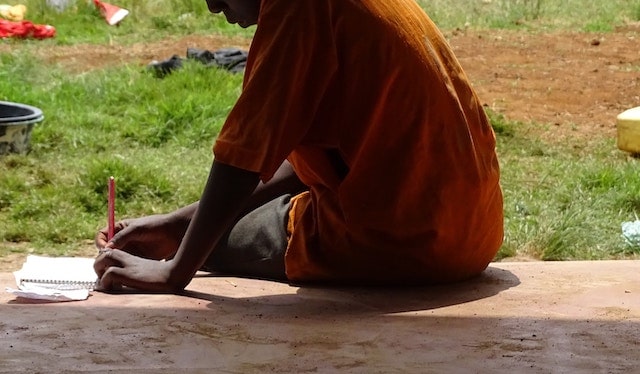 A trafficked 10-year-old boy in Nigeria has been rescued from an orphanage, where he ended up after his still-living parents were deceived.

In February, the boy’s mother was approached by her cousin and another man who promised her son a scholarship for schooling in the city of Jos. After consulting with the boy’s father, she agreed, saying she trusted her cousin.

Yet her son was then taken to Divine Elpidi Restoration Foundation Orphanage, where he says he endured horrendous abuse and whippings.

He said they were fed akamu and bread every day …He also said he was attending school at the orphanage but that he did not like the school because they were not taught well.

“They often beat us up mercilessly. I remember I was flogged with a horsewhip by Mummy Grace, the owner of the orphanage, and I was wounded in the knee,” he said.

Finally, last month the boy heard three men speaking his local language, Bachama, outside of the orphanage, and he ran to the fence to talk to them.

Upon talking to him, the men learned that his parents were still alive, quickly realizing that this boy should not have been taken to the orphanage and that they needed to report the abuse.

“We decided to go to the police to report because based on what the boy narrated to the three of our people, we suspected child trafficking,” said Confidence Ngurdi, Chairman of Bwatiye, the socio-cultural association of the Bachama people in Masaka.

Following police arrests at the orphanage, the boy was finally released and reunited with his mother, who says she regrets trusting her cousin.

Love, we need is love in the hearts.Keep an eye on every single thing.

This story shows us how we all need to be vigilant to notice trafficking. I hope the 3 men are proud of what they did for this boy