10 Million Baht Defamation Judgment Upheld Against Andy Hall - FreedomUnited.org
This website uses cookies to improve your experience. We'll assume you're ok with this, but you can opt-out if you wish.Accept Read More
Skip to content
Back to Global News 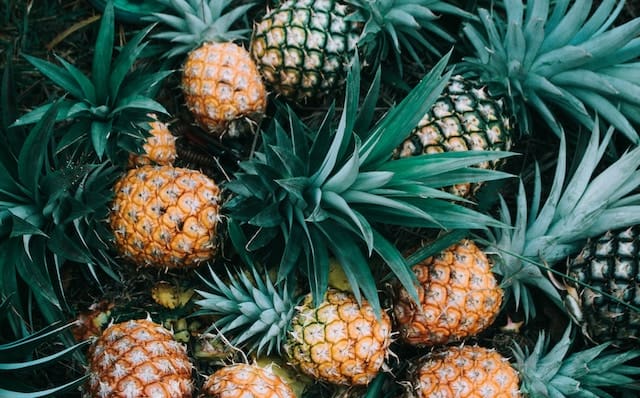 An appeals court in Thailand has upheld a defamation judgement against British activist Andy Hall, ordering him to pay 10 million baht ($313,000) in damages to Natural Fruit Co. Ltd., a Thai pineapple company.

Hall was sued by Natural Fruit following his research for a 2013 report by Finnish consumer organization Finnwatch. In it, migrant workers from Myanmar allege that Natural Fruit abused them and broke labor laws.

“I will liaise with my legal defense team to appeal the ruling to Thailand’s Supreme Court. Whilst I respect today’s ruling, I am disappointed by the verdict,” said Hall.

Hall’s lawyer, Nakhon Chomphuchat, described the suit as “a normal action for capitalists who do not care for human rights. They only think that if the law doesn’t clearly say that they had violated rights, then they shouldn’t be branded or accused of doing that.”

He cautioned that fees to file an appeal with the Supreme Court might be prohibitively high.

Hall has been embroiled in a similar long-running battle with a Thai poultry farm, Thammakaset Co., which has filed 15 lawsuits against the British activist, other workers’ advocates, a journalist and several former workers. Much of that litigation is ongoing, though the workers’ side has won some important cases favoring whistle-blowers. The company said it had suffered losses due to allegations made by the workers in a 2016 complaint filed with Thailand’s National Human Rights Commission.

Finnwatch said it was “shocked” at the court ruling, especially because last year an appeals court determined that the findings in the report Hall did were well-founded.

Surya Deva, chair of the U.N. Working Group on Business and Human Rights, warned that this case goes against UN principles.

“These continuous legal proceedings pursued by Natural Fruit are not in line with the Guiding Principles, as they are having a chilling effect on the legitimate role of civil society organizations in holding businesses accountability for human rights abuses,” he said.

“The Thai government also has an obligation to ensure that its legal framework is not misused by companies to harass civil society and human rights defenders, who have a critical role in promoting human rights.”

Not in the least surprised – to large organisations with well heeled owners, labour is just another commodity to be exploited to the full. An absolute disgrace in the 21st century.

Thailand or TIT as it is usually called.
Sort of forget it This is Thailand!
The wealthy are so entrenched with the Army and Police that almost no one is exempt from their idea of justice.
They are the most conniving people you could imagine. Anything goes!

They have money and can corrupt, threaten and hurt whomever they want

I don’t want to buy from these people anymore: could you give me a list of their products, or put it in the main article for others who don’t, please?
Thank you, and thank Andy and his teams.

Why dont you have a list of links so people who wish to examine your assertions can do so without spending days combing the web.

what a shame ! where is there justice in thailand?????? the world is watching how thailand descends into a pit of shit. tourists must avoid thailand to make it clear that we do not agree with its justice and human rights. we must also stop importing and consuming thai products. will the king intervene to put some sense and STOP the corruption???