How accurate is the 2021 TIP report? - FreedomUnited.org
This website uses cookies to improve your experience. We'll assume you're ok with this, but you can opt-out if you wish.Accept Read More
Skip to content
Back to Global News 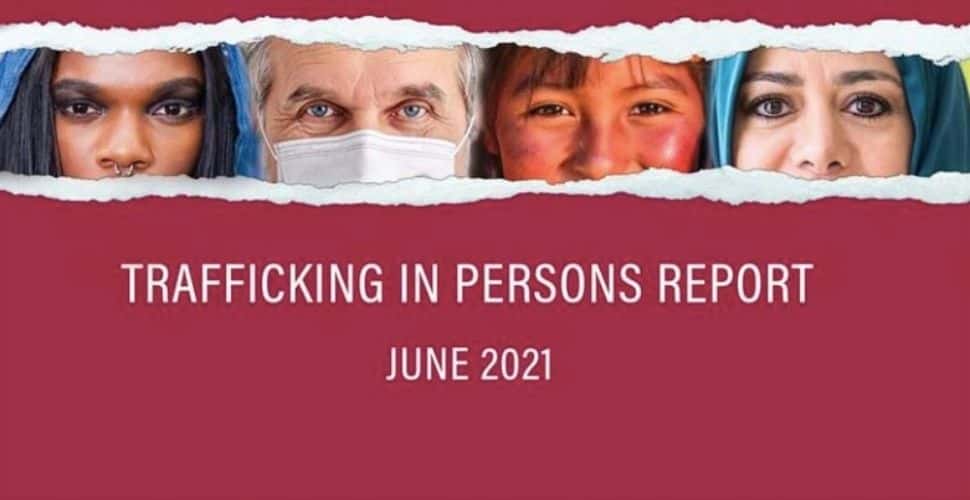 The 2021 influential U.S. Trafficking in Persons (TIP) report was published last week and we’re sharing our own perspective on this year’s rankings.  The TIP report is an important tool to engage world governments on the issue of trafficking, aiming to hold countries accountable for their actions to address, or indeed exacerbate human trafficking.

Freedom United’s advocacy and campaigning tell us that not everything is as it seems in this year’s report. But which countries have been rightfully called out for their poor efforts to tackle trafficking and which countries unjustly remain in the top tier?

Countries are ranked into four tiers in the U.S. State Department’s global report. It provides a snapshot of countries’ efforts on prosecution, protection, and prevention of trafficking.

However, the ranking system – from Tier 1, Tier 2, Tier 2 watchlist, and Tier 3 – also functions as a political tool with ramifications for the poorest performing tier 3 countries. Countries ranked at the lowest tier face economic penalties as the U.S. government may decide to no longer provide non-humanitarian, non-foreign trade-related economic assistance. Through the years we’ve seen poorly ranked countries, particularly those where state-sanctioned forced labor and trafficking occur, refute any and all criticism.

Still,  the detailed country narratives help elucidate the global anti-trafficking context and highlight key areas of interest for the U.S. State Department. This year we are particularly encouraged to see issues such as members of the LGBTQ+ community’s vulnerability to trafficking, the link between systemic racism and trafficking, the kafala system, and systematic forced labor in China’s Uyghur Region mentioned as key issues – some for the first time –  reflecting Freedom United’s own advocacy work and values.

Here are our takeaways from 5 of the countries where we campaign:

1. The U.S. ranks top tier 1 while slavery still legal within its constitution

The U.S. continues to maintain its position in the top tier while slavery and involuntary servitude remain legal as a result of the 13th Amendment. The TIP report notes that NGOs, like Freedom United, reported prisons and detention facilities threatened inmates or detainees with disciplinary action if they refused to work. So we don’t believe the U.S. is meeting the minimum standards for the elimination of trafficking required for tier 1 countries.

We are concerned that the “Exception Clause” makes it possible for slavery and involuntary servitude to be used as a method of punishment for a crime, allowing the government to legally subject incarcerated people across the United States to forced labor. The TIP report also notes this legal exception by citing Abolition Amendment before Congress and the numerous lawsuits pertaining to forced labor in immigration detention, however, the report does not indicate if the U.S. government agrees with these efforts.

Forced labor in prisons is often built into “rehabilitation” or “educational” programs. Many who are incarcerated report being threatened with solitary confinement or longer sentences if they refuse to work. On top of this, incarcerated people are often paid nothing at all for their work or mere pennies, leaving them with almost no savings to help them re-enter society upon release. Black and brown communities have been heavily impacted by high criminalization rates and modern slavery under the American prison industrial complex system as a result of this glaring exception to forced labor.

Freedom United has been working actively to tackle this issue and make slavery illegal! Join us in demanding all states and the federal government to explicitly outlaw slavery and involuntary servitude as punishment for a crime in the US and state constitutions — put an end to the Exception Clause in the United States!

2. Malaysia falls to Tier 3, and palm oil abuses are to blame

After three years on the Tier 2 Watchlist, Malaysia was downgraded to Tier 3. We agree with this ranking given the government’s continued failure to rectify forced labor in the palm oil, rubber glove, electronics, garment, and construction industries, as well as the lack of labor protections for migrant domestic workers. The Malaysian government still conflates human trafficking with migrant smuggling, and the TIP report specifically calls out government corruption and official complicity in facilitating trafficking.

We and our partners continue to monitor the enforcement of the WRO to ensure that migrant workers on palm plantations have access to justice and are afforded labor rights and protections.

3. China ranked at Tier 3 as a state sponsor of trafficking

China has been ranked at Tier 3 – the lowest ranking signifying that the government is not meeting the minimum standards of human trafficking prevention – which is unsurprising given that China is one of 11 states identified by the report as a sponsor of trafficking. The report highlights the detention and forced labor of China’s Uyghur population – both in the Uyghur Region, also known as Xinjiang, and across the country, by the Chinese government. Freedom United agrees that this is an accurate analysis given the state’s role in organizing the Uyghur forced labor system as well as the extent and brutality of said system.

The report goes so far as to say that, “In Xinjiang, the government is the trafficker.” It lists all the forms of coercion used by the state, including “threats of physical violence, forcible drug intake, physical and sexual abuse, and torture” to force Uyghurs to produce a range of goods in factories supplying global brands that make their way around the world. Freedom United believes that pervasiveness of Uyghur forced labor and the involvement of the state makes it virtually impossible to have accurate auditing of supply chains with links in China.

We also agree with the report’s first recommendation that the ultimate solution is for the Chinese state to put an end to this oppressive system. Our community has been pushing back against the mistreatment of the Uyghur people, urging the Chinese government to end the detention and forced labor of the Uyghur people, contacting fashion brands that are potentially implicated in Uyghur forced labor and writing to Apple CEO, Tim Cook, to demand that they leave the Uyghur Region and cut ties with suppliers that use Uyghur forced labor.

We cannot do too much to end the horrific system of Uyghur forced labor.

4. The U.K. remains at top Tier 1 despite locking up survivors

So, we don’t think the U.K. can be considered to be fully meeting the minimum standards for the elimination of trafficking expected of Tier 1 countries.

In April 2020 the government pressed ahead with legislation that will require all trafficking victims to provide more medical evidence to prove that their detention will result in “future harm”.

The U.K.’s Royal College of Psychiatrists released a report urging the government to halt plans to progress with this legislation and stop detaining survivors due to the increased risk of suicide caused by holding survivors in prison-like settings.

These harmful policies that discriminate against individuals based on their immigration status, perpetuate revictimization and hinder survivors’ recovery, all while seriously impacting survivors’ psychological wellbeing.

Under the Palermo Protocol on Trafficking, the non-punishment provision urges states to ensure survivors are not held in detention nor prosecuted for crimes they were forced to commit as a result of their exploitation. Furthermore, The UN Special Rapporteur on trafficking in persons has explicitly called for potential and confirmed victims of trafficking to be removed from prison-like settings.

The 2020 TIP report made a recommendation to the U.K. to improve its policies on detaining survivors, yet the government continues to press ahead with locking up known trafficking victims.

It is unacceptable that thousands of survivors are forced into revictimizing circumstances in detention centers instead of being supported to recover from their experiences. That’s why Freedom United is urging the U.K. to stop detaining survivors and immediately release all survivors from prison-like settings.

5. Lebanon remains on Tier 2 for effort amidst severe economic crisis

Whilst Lebanon’s Ministry of Labour issued the revised Standard Unified Contract to govern relations between migrant domestic workers and their employers, the Contract was not implemented. However, this is an important step towards eventually dismantling the inherently exploitative kafala system. As such, we agree that Lebanon is making significant efforts to be in compliance with the minimum standards necessary to be ranked at Tier 2.

Despite Lebanon’s Ministry of Labour issuing the revised Standard Unified Contract to govern relations between migrant domestic workers and their employers with a view to eventually dismantling the inherently exploitative kafala system, the contract was not implemented.