Debunking common myths about human trafficking - FreedomUnited.org
This website uses cookies to improve your experience. We'll assume you're ok with this, but you can opt-out if you wish.Accept Read More
Skip to content
Back to Global News 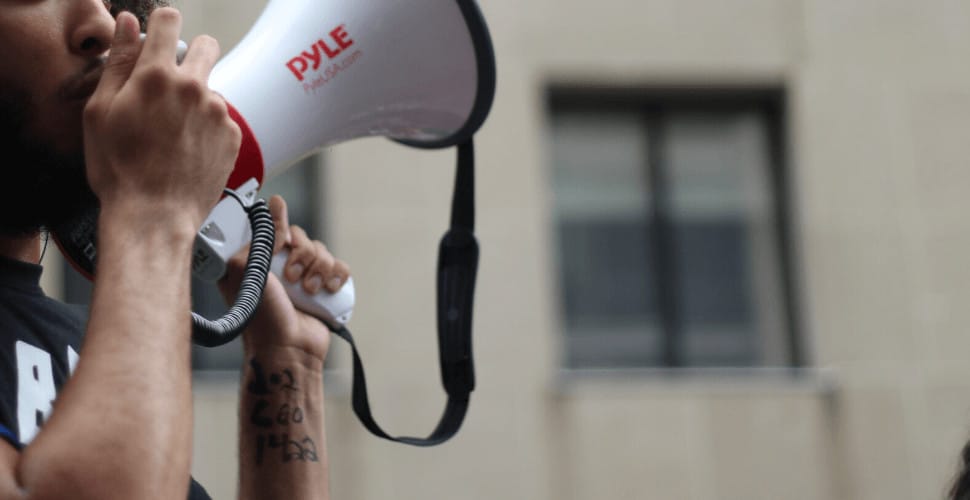 It is National Slavery and Human Trafficking Prevention Month and Freedom United is raising awareness this January by debunking some common myths about human trafficking and modern slavery.

Human trafficking is one form of modern slavery amongst others, such as debt bondage, forced marriage, and child slavery. According to the Palermo Protocol, trafficking is defined as “recruitment, transportation, transfer, harbouring or receipt of persons […] through threats, use of force or other forms of coercion […] for the purpose of exploitation.

The Global Slavery Index estimates that there are over 400,000 people living in modern slavery across the United States, some of whom have been trafficked.

Despite the prevalence of this crime, common myths surrounding human trafficking and modern slavery persist. Perpetuated by inaccurate media representation and sensationalist narratives, our perception of what slavery really looks like can be warped. This is why it’s crucial that survivors are given the space to tell their stories.

At Freedom United we’ve debunked a handful of myths we often come across to raise awareness of the realities of human trafficking and modern slavery. How many of these myths have you heard?

The reality is that if you live and work in the United States, it’s almost inevitable that modern slavery has affected your life in some way. Modern slavery is woven into in our daily lives through the products we buy and the services we use: food, electronics, and clothes may all have a modern slavery risk at some point in their supply chains.

A person can be a victim of trafficking even if they haven’t been moved or transported by traffickers. Human trafficking is the “recruitment, transportation, transfer, harbouring or receipt of persons […] through threats, use of force or other forms of coercion […] for the purpose of exploitation”.[1]

MYTH:  Expensive goods are unlikely to have been made using trafficked forced labor

A higher price is never a guarantee that a product is slavery-free. Many materials used in luxury goods have been implicated in the use of forced labor, including diamonds for jewelry, cobalt for smartphone batteries, and fabric for designer clothes. Certification schemes for more expensive fair-trade food products can be useful, but these are not always reliable.

MYTH: Women are only trafficked for sexual exploitation

While many women are indeed trafficked into commercial sexual exploitation, this is only one of the many types of exploitation women suffer. Domestic work is the largest single industry for forced labor in the US, and the vast majority of domestic workers are women—usually immigrant women. Women may be tricked into leaving their native country for domestic work only to find themselves trapped in modern-day slavery. They may be forced to work long hours for little to no pay, often under threat of deportation or violence.

Whilst the vast majority of reported victims are women and girls, men and boys are also affected by trafficking. The International Organization for Migration (IOM) estimates 28% of trafficking victims worldwide are male – men and boys make up around 6% of victims trafficked into sexual exploitation.

MYTH: One person can’t have an impact on modern slavery

Everybody has the power to make a difference by turning awareness into action. We can hold businesses and governments accountable and push them to change. When we call for progress with our collective voice, we have the potential to have a big impact.

Want to learn more? Check out the Global Slavery Index’s 2019 Measurement, Action, Freedom report, the US Department of State’s 2019 Trafficking in Persons report, and the ILO’s Alliance 8.7 2017 Global Estimates of Modern Slavery report. You can also take action by adding your name to our campaign to end help end human trafficking in California.

We want to hear from you – let us know about any myths we missed in the comments below!

This ratification would make it illegal to sell forced-labor-made products in the US.

Hi! Thanks so much for this great piece! Couple of hopefully helpful comments. I don’t think myth #2 about transportation was good or made the point. Obviously slaves are exploited in the areas they live whether it’s cacao farming in Africa or sweat shops in Asia. I’ll share the article with others. Also see below that your last post before 12/19 was in Jan 18! You need to put out a post every month to keep people interested and going back to your site.
Keep up the super important work!
Tedd

I have asked people at stores to urge the owners to supply fairly traded items. Agriculture is rife with trafficked persons. Sometimes people respond positively,, but mostly people just do not want to get involved.

Hi, dear Miriam,
I’m sorry to be aware very late the issue your riced. I hope shortly I will have the opportunity to be part of it. I’m an Eritrean woman (political refuge)recently living in Canada, Vancouver. I know personally know what is mean human traffic especially on my follow Eritrean new refuge.
I hope to get in touch with you.
With regards.

Thank you for reaching out. If you’d like to share your story, send us a message at [email protected]

We look forward to hearing from you.

In solidarity,
The Freedom United team