Child slavery now: A contemporary reader - FreedomUnited.org
This website uses cookies to improve your experience. We'll assume you're ok with this, but you can opt-out if you wish.Accept Read More
Skip to content 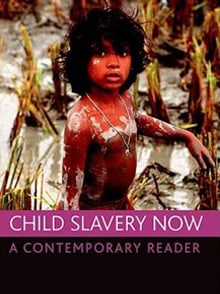 Most slave trades were abolished during the 19th century yet there remain millions of people in slavery today, amongst them approximately 210 million children in slavery, trafficked, in debt bondage and other forms of forced labour. This groundbreaking book, drawing on experience worldwide, shows how children remain locked in slavery, the ways in which they are exploited and how they can be emancipated. Written for policy and political actors, academics and activists, it reminds us also that all are implicated in modern childhood slavery as consumer and need both to understand its causes, and act to stop it.