Child Labor: Slavery XXI Century: The Invisible Workers - FreedomUnited.org
This website uses cookies to improve your experience. We'll assume you're ok with this, but you can opt-out if you wish.Accept Read More
Skip to content 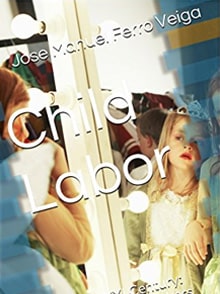 Child labor is a reality…But as hard as this circumstance are, there is another that exceeds any limit: Slavery. According to the group Salesianas Missions, more than 200 million children are the most vulnerable and least able to defend their rights, facing situations of child labor or slavery and forced to work for a living, support their families or pay debts, among other reasons. The work related to slavery includes employment in mines, stone quarries, and especially in recent years, domestic work. It is considered that a job is dangerous when risking physical, mental or moral development of children, both in their nature and the conditions in which it takes place. These jobs involve abuse; underground work, underwater, at dangerous heights or in confined spaces; dangerous machinery, equipment, or by manual handling, or transport of heavy loads or tools, develop into an unhealthy environment; or involve in long hours or night shifts as well remain unjustifiable on the employer’s premises.