Pass mandatory due diligence laws - FreedomUnited.org
This website uses cookies to improve your experience. We'll assume you're ok with this, but you can opt-out if you wish.Accept Read More
Skip to content 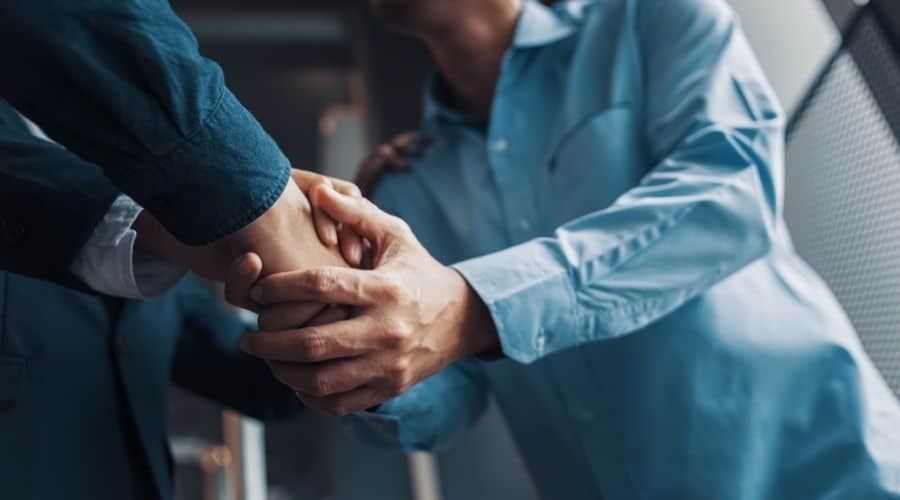 Right now, there are millions of people all over the world being forced to work to produce goods that we use every single day. But we can help change this by requiring big business and governments to act.

The private and public sectors are rarely held to account for extractive, exploitative practices that fuel human trafficking and forced labor. Most companies ultimately fail to root out modern slavery from their supply chains and leave victims without the opportunity to receive justice.

They do not face any financial, civil, or criminal penalties when environmental or rights abuses are exposed. Make no mistake, recent legislation on corporate responsibility – provisions within the landmark UK Modern Slavery Act1, the Australian Modern Slavery Act, the Dutch Child Labor Due Diligence Act, the French Corporate Vigilance Law, and the California Transparency in Supply Chains Act—are crucial steps, but to achieve corporate accountability, companies should be held liable and victims of human rights abuses in their supply chains should be able to seek redress.  Furthermore, as public procurement is estimated to account for 15-20% of global gross domestic product, it is essential that governments uphold human rights and environmental protections in their own sourcing. 2

There is a growing, global movement for governments to pass mandatory human rights and environmental due diligence legislation, and it needs more power. If successful, companies and governments would be required to enact preventative measures, conduct robust risk analyses, and face punishments for failing to prevent all human rights violations—including human trafficking and forced labor—in their supply chains.

Today we are setting our sights on building power to help push forward promising efforts in the United States, the United Kingdom, and the European Union, among other jurisdictions, partnering with the International Corporate Accountability Roundtable (ICAR) and the Corporate Justice Coalition (CJC). Together, these markets make up almost half of the world’s economy,3meaning the impact these measures could have on exploitation and forced labor globally is potentially huge.

In 1979, the United States Congress, despite the objection of many business leaders at the time, passed the Foreign Corrupt Practices Act (FCPA)4, forbidding corporations or anyone in their supply chains from bribing foreign officials. It changed the standard for global business and now enjoys broad bipartisan support among government and business leaders alike.

Now, Congress is set to consider a law that would expand the FPCA to cover corporate violations of human rights, including the federal crimes of forced labor and human trafficking. Crucially, this includes administrative, civil, and criminal penalties for companies that willfully violate the law, and requires all companies to submit annual reports on human rights due diligence.

“It used to be that bribery was considered a cost of doing business. The FCPA changed that.  This bill could similarly move human trafficking to its rightful place—as a crime with no place in modern markets,” said Alison Friedman, Executive Director at the International Corporate Accountability Roundtable.

Similarly, in the UK, we’re joining campaigners calling for a new ‘failure to prevent’ law for human rights and the environment, introducing a requirement to undertake mandatory human rights and environmental due diligence. British parliamentarians have also called for such a law, modeled on the UK’s pioneering Bribery Act 2010, which introduced a failure to prevent bribery offense for corporations with due diligence measures on bribery. Together, our call is that: we need a new law to hold business and the public sector to account when they fail to prevent supply chain human rights abuses and environmental harms.

The European Union is now in talks to introduce legislation establishing a mandatory human rights and environmental due diligence framework. In fact, the European Commissioner for Justice, Didier Reynders, has promised new legislation next year.5

In 2019, Freedom United signed a joint statement calling for E.U. legislation that establishes a mandatory human rights and environmental due diligence framework for business, companies, and financial institutions operating or offering a product or service within the E.U.6But there are worrying efforts to dismantle the legislation, with lobbyists arguing that it would harm business. That’s why we need your help to make clear that we want to change.

If we make our expectations clear, we can further build on these steps to achieve robust and comprehensive legislation that helps ensure businesses do not t conducted at the expense of human rights violations and the exploitation of workers. We know several major companies and investors – with assets over US 4.2 trillion – publicly back mandatory human rights due diligence. 1011

As one survivor-activist explained, “We’ll never be free as long as the existence of forced labor continues to be treated as an unfortunate reality of globalization.”

Now is the time to act.

Sign our petition in support of strong, mandatory human rights due diligence legislation in the U.S., U.K., and E.U. As large markets for the global industry, their passage will help address human rights and environmental violations around the world, sending a clear signal to the private and public sector that they will be held accountable for failing to prevent modern slavery and human rights abuses in their supply chains.

What has been done to stop Instagram (FB) from promoting Slave Labor by allowing 4Sale app on their site….SELLING women as maids.
FIGHT BIG TECH……ELIMINATE SECTION 230.

European countries should grow much more of their food needs and mine much more of their minerel needs instead of importing from North and South America, Australia, Southeast Asia and Sub-Saharan Africa because there is nothing ethical about exploiting lands that are the result of genocide against indigenous peoples and in which the large-scale killing of native animals, logging of forests and destruction of the environment continue to take place.

Forcing people to reject their culture and be molded into the dominant Han culture has been going on for generations, but especially now with a vengeance by a dictatorial regime. We in the U.S.A. have been guilty of it also, with respect to our native Americans, but China, with the instrument of the CPC and PLA are taking it to extremes. It’s about time that the assumption of “Han cultural superiority” has got to stop.

Those news outlets may be terrible but that doesn’t mean this issue isn;’t legitimate

Take your head out of the sand man!
Maybe you are a supporter of these oppressive regimes. If so , the world would be better off without your kind. 😡😡😡

Global human rights abuses are based on the legal enforcement of the sovereignty of nation states. As human beings of this planet we owe each other the duty of care which is to help each other with communication to bring about the life we all want in common.

Dismantle the Trojan Horse, before they get any chance to further their stranglehold on the Global communities, with their acts of Barbaric terrorism. Glory for collectively practicing People Power.

We are calling on U.S. Congress, U.K. Parliament, European institutions and all governments and regional blocs to pass mandatory human rights due diligence laws, so that the private and public sectors are required to take responsibility for the impact of modern slavery and all other human rights abuses across their supply chains.

While some countries have passed local and national legislation around modern slavery in supply chains, too few of these include mandatory requirements to ensure businesses or public procurement are not negatively impacting human rights. Current measures are mostly reactive in nature and rarely provide deterrents or access to remedy for victims, which we believe are essential to moving toward our vision of a world without exploitation, human rights abuses, and environmental harm.

To root out modern slavery, we must go beyond reporting and transparency in supply chains to demand accountability from the private and public sector. 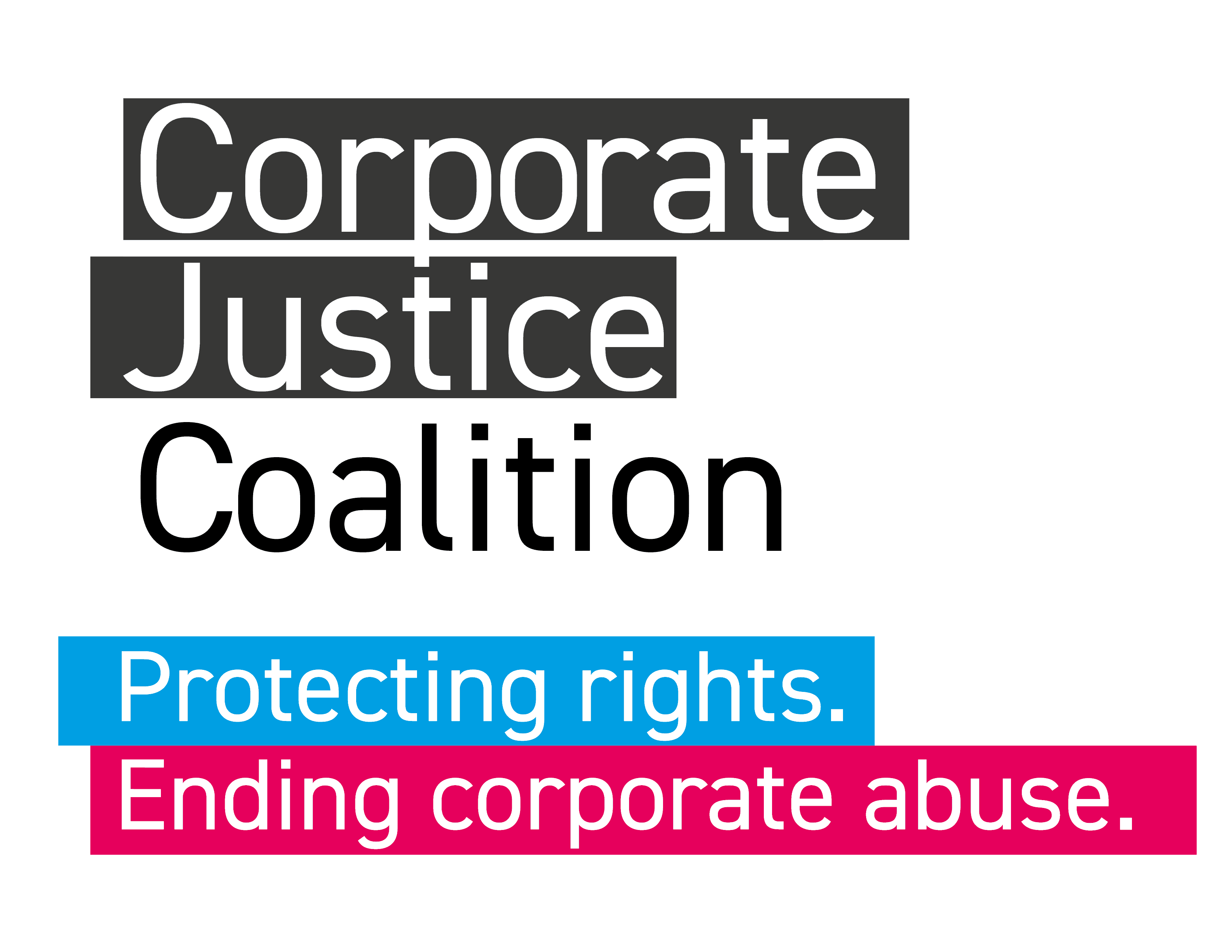