Expect more: tell Target to stop supporting slavery in Uzbekistan - FreedomUnited.org
This website uses cookies to improve your experience. We'll assume you're ok with this, but you can opt-out if you wish.Accept Read More
Skip to content 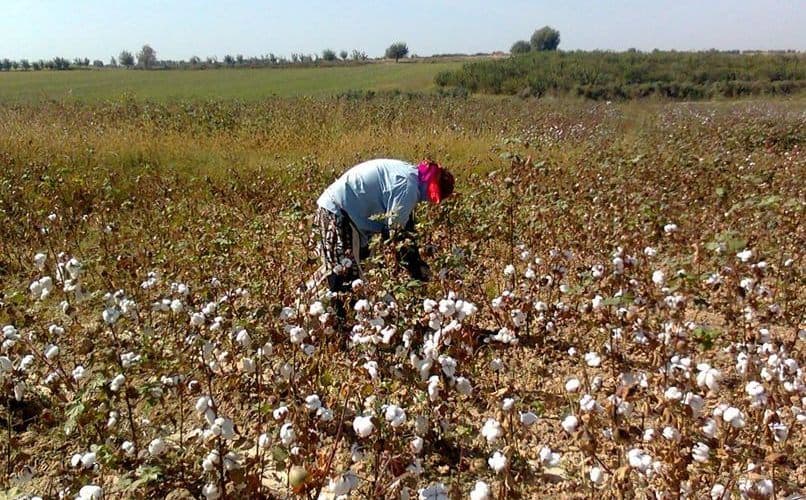 Target Corporation (Target)1 often offers prices that seem too good to be true – how do they keep their prices so low? Turns out some of Target’s products might be so cheap because they are made with slave-picked cotton from Uzbekistan and/or purchased from Daewoo International, a company that accounts for approximately 20% of all cotton processed in Uzbekistan.

Every year, during the harvest season, over a million children and adults – including teachers, nurses and doctors – are ripped out of their homes, schools and jobs, and forced to work in the cotton fields of Uzbekistan to meet daily picking quotas. They are often threatened and beaten, as in the case of 18-year-old Navruz Muyzinov who was reported to have been beaten to death by police officers when he left his assigned cotton field before meeting his quota during the 2012 cotton harvest.

Over 100 apparel companies (including Target) from all over the world have taken a stand against slavery in Uzbekistan, pledging to not buy slave-picked Uzbek cotton in an effort to push the Uzbek government to end the enslavement of its people. Now, they’re being called upon to follow up on their pledge by joining the Daewoo Protocol, declining to do business with Daewoo until it takes serious steps to stop sourcing slave-picked Uzbek cotton.

We expect more from Target, a company that takes pride in holding the highest ethical standards for itself and for its business partners. So we called and asked them to join the Daewoo Protocol. Target said they didn’t need to sign the Daewoo Protocol because they have a “No Uzbek Cotton” policy. But such a policy only works if you’re willing to enforce it.

If Target is truly serious about keeping slavery out of its stores, it needs to stop doing business with Daewoo by agreeing to implement the Daewoo Protocol – a series of steps companies need to take to eliminate slave-picked cotton from their supply chains.

Tell Target to sign the Daewoo Protocol, a serious step toward fighting modern slavery in Uzbekistan.

This Campaign made an impact with 36,202 supporters!