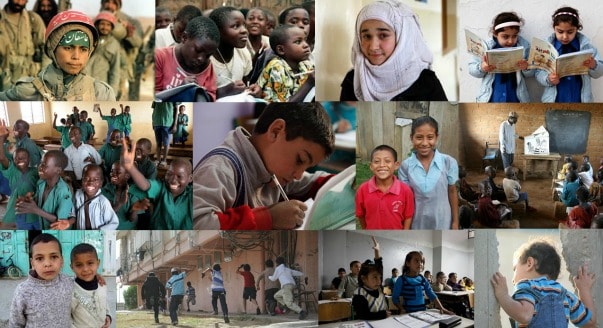 David*, 16, was abducted from his school by armed militants in South Sudan and placed in a military camp with other boys where he was deprived of food and beaten if he didn’t learn to fight. He was eventually forced to fight on the front line of the country’s brutal civil war.

Luckily, David escaped under the guise of collecting firewood and now lives in a shelter.1 Estimates suggest there are still 16,000 child soldiers in South Sudan.2
Creating safe schools in conflict areas will help protect children from military recruitment.

For children around the world, war, violence and disaster are part of everyday life. With their schools being attacked and destroyed, many are unable to seek education and are left at risk of exploitation, trafficking and being forced into armed conflict.

Education is a critical element of any effort to eliminate child slavery and exploitation in emergency situations because it offers children the foundation, knowledge and skills needed to create futures full of opportunity – not vulnerability. Without it, children are at greater risk to the worse forms of modern slavery.3

This year, UNICEF have revealed that 24 million children living in conflict zones around the world are out of school.4

Alongside our partner, A World At School, we have a unique opportunity to help more children living in dangerous areas get access to education and find protection from slavery. A Global Fund for Education in Emergencies has been set up to help provide education to children in emergency areas across the world, supporting children in the very worse situations. We want world leaders to publicly commit to making donations to this fund, so that children like Yassan and David can have a future away from slavery.

Please help us draw attention to this issue by signing our petition.

Yassan, a 14 year-old Syrian refugee displaced to a city in the north of Jordan, works 12 hours a day, 7 days a week, earning less than $1 per hour.

As a result of torture during the conflict, his father is paralyzed from the waist down. Yassan’s mother has a life-threatening blood condition and can only work a few hours daily. With no access to other economic or educational opportunities, Yassan has no choice but to work to help his family survive.5

Months after the most devastating natural disaster in Philippine history, Typhoon Haiyan, authorities discovered 5 young girls between the ages of 10 and 15 on-board a bus leaving the destitute Tacloban City. The girls and their parents were coaxed by the promise of free high school and college educations, with access to jobs abroad upon graduation.

Thankfully the suspected traffickers were apprehended by authorities and the girls were transferred to a shelter.6

If education had been available for the 5 young Filipinas after Typhoon Haiyan destroyed their schools, their parents may have not fallen for the false promise of free schooling.

This Campaign made an impact with 92,442 supporters! 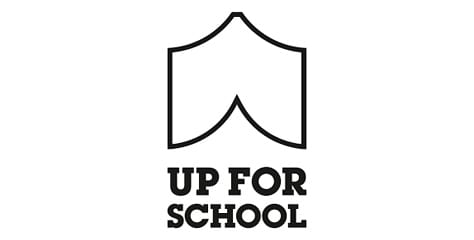