Call on National Congress to protect migrant workers - FreedomUnited.org
This website uses cookies to improve your experience. We'll assume you're ok with this, but you can opt-out if you wish.Accept Read More
Skip to content
Prev Campaign
Next Campaign 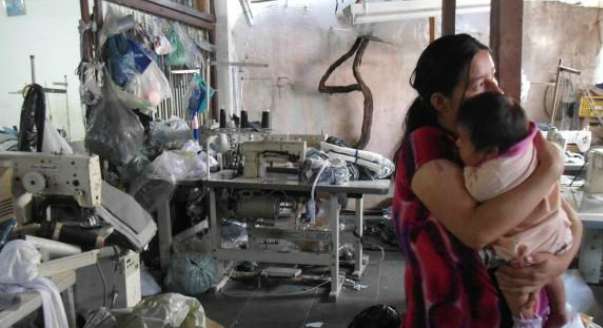 In São Paulo’s central region, 17 Bolivians were rescued after being found working under slave-like conditions in a garment factory. They would work 12-hour days and their identity documents were withheld from them by their employers, restricting their freedom.

Migrants arrive to Brazil looking for new opportunities, expelled from their countries due to unemployment, poverty, or guided by the hope of a better life. It is estimated that, only in São Paulo’s Metropolitan area there are approximately 300 thousand Bolivian, 70 thousand Paraguayans and 45 thousand Peruvians living, many of them on vulnerable situations.1

The UN Convention on the Protection of the Rights of All Migrant Workers and Members of Their Families is an important tool that guarantees the rights of migrant workers and decreases their vulnerability to enslavement.

Brazil is the only country in MERCOSUR that hasn’t signed the UN Convention,2 although the issue has been discussed at Congress over the last four years.

Therefore, we ask the National Congress to immediately ratify the Convention on the Protection of the Rights of All Migrant Workers and Members of Their Families.

This Campaign made an impact with 7,205 supporters!