Costa Rica ratified the Forced Labour Protocol - FreedomUnited.org
This website uses cookies to improve your experience. We'll assume you're ok with this, but you can opt-out if you wish.Accept Read More
Skip to content 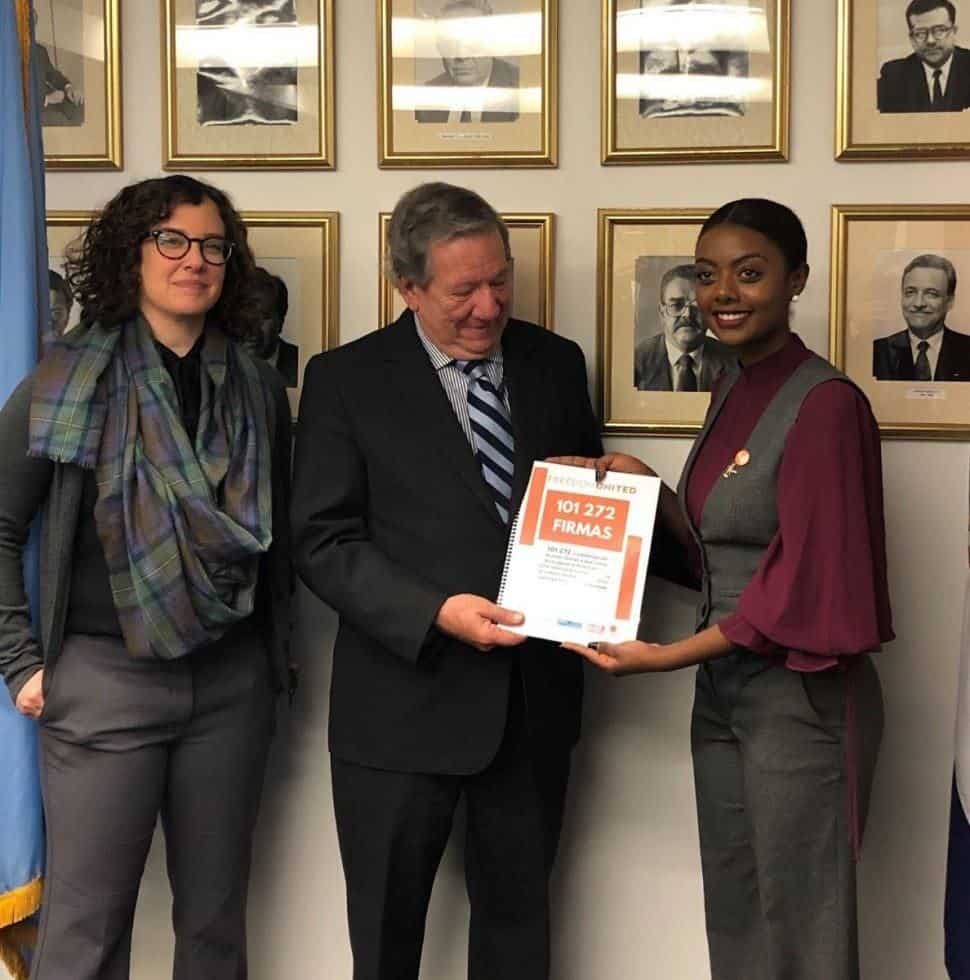 Campaign success! Costa Rica has answered the petition we delivered and ratified the Forced Labor Protocol

Just last year, Freedom United organized a petition hand-in with the Costa Rica Mission to the UN urging them to ratify the protocol! We are pleased to hear of this ratification and hope more countries will follow Costa Rica’s leadership!

“Last year on the occasion of the International Day for the Abolition of Slavery, Costa Rica made a firm commitment to fight against modern slavery and forced labor in our country by accepting Freedom United’s call to action to ratify the International Labour Organization’s Forced Labour Protocol. I am proud to say that last week, Costa Rica became the 46th country to ratify the Protocol. We stand firm in its implementation the Forced Labour Protocol and will continue to be committed to eradicate modern slavery in our country and to ask the other countries in the region to do so.”