Urge Monster to investigate slavery risk in its drinks - FreedomUnited.org
This website uses cookies to improve your experience. We'll assume you're ok with this, but you can opt-out if you wish.Accept Read More
Skip to content 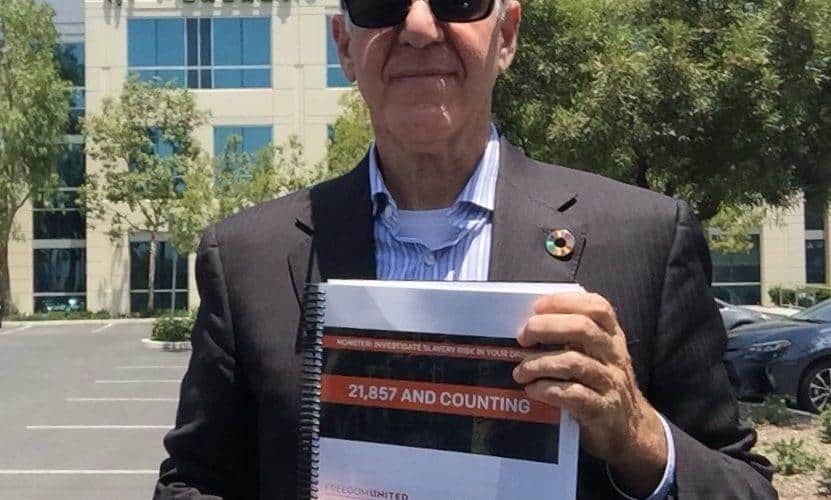 To urge Monster Beverage Corporation to properly investigate the slavery and trafficking risk in their sugar supply chains and release a report by November 2018 that accurately reflects these risks. Monster Beverage’s findings will enable them to identify the appropriate measures required to ending modern slavery in their supply chain.

Slavery remains a significant problem in the global sugar industry, and without investigation, there was no way of knowing whether Monster’s drinks were slavery-free. Relying on suppliers’ compliance with anti-trafficking laws is not enough. Monster Beverage is the top energy drink maker in the U.S., and the U.S. is one of the world’s largest importers of sugar. Monster Beverage had not disclosed the countries where it or its suppliers source sugar aside from the U.S.

Monster Beverage’s commitment to action has the potential to make significant progress in helping end slavery in sugar production by acknowledging its responsibility to accurately assess the risk of slavery in its supply chain.

Monster controls 43% of the U.S.’s energy drinks market, and before the launch of our campaign, stated that there was minimal risk of slavery and human trafficking in its sugar supply chain – the main ingredient in most of Monster’s drinks. This was despite forced labor and human trafficking being identified as serious problems in six of the largest sugarcane producing countries.

Furthermore, Monster scored 0 out of 100 in Know The Chain’s 2016 report on how the largest food and beverage companies are addressing forced labor, finishing last among its industry peers in the soft drinks market.

Following this report, our partner organization As You Sow filed a shareholder resolution urging Monster to commit resources to thoroughly research and issue a report in November 2018 on the slavery risk in its sugarcane supply chain.

Freedom United partnered with As You Sow and launched our campaign in May 2018, to mobilize public and shareholder support at Monster’s 2018 Annual General Meeting (AGM) where shareholders were presented with Proposal Four, a resolution requesting Monster Beverage to issue a detailed report outlining how it reached its conclusion of “minimal risk” of slavery and human trafficking in its sugarcane supply chain.

By June 2018, Freedom United had gathered 21,857 signatures on the petition that were presented at Monster’s AGM. Shareholders voted in strong numbers on Proposal Four shareholder resolution, forcing Monster’s CEO Rodney Sacks to address the proposal during the meeting.

Andrew Behar, CEO of our partner As You Sow who presented Freedom United’s petition at Monster’s AGM, said: “Today’s vote sends a strong message to Monster’s management and board. Slavery and human trafficking are hidden in the supply chains of many products and this is simply not acceptable. It’s time for all companies to shine a bright light into how their products are made and for customers and shareholders to demand that these egregious practices are addressed and stopped.”

The company hired an outside consultant and began to build its slavery and human trafficking program. In 2019, the company expanded a web page specific to the issue of slavery in the supply chain, completed a survey of 80 percent of its suppliers, trained internal staff, and began to build out a training platform for suppliers.

Thanks to our petition signed by 25,740 supporters around the world, we demonstrated public interest in Monster’s supply chain slavery risk and powered As You Sow’s shareholder resolution. Monster is now an industry leader on investigating slavery risks in its sugarcane supply chain. We will keep monitoring Monster’s progress.

As You Sow is a non-profit leader in shareholder advocacy. Founded in 1992, they harness shareholder power to create lasting change that benefits people, planet, and profit. As shareholder advocates, they directly engage corporate CEOs, senior management, and institutional investors to change corporations from the inside out.

Capitalism has no heart, it’s up to us. People not profit