Justice for Myanmar Workers on Thai Chicken Farm - FreedomUnited.org
This website uses cookies to improve your experience. We'll assume you're ok with this, but you can opt-out if you wish.Accept Read More
Skip to content 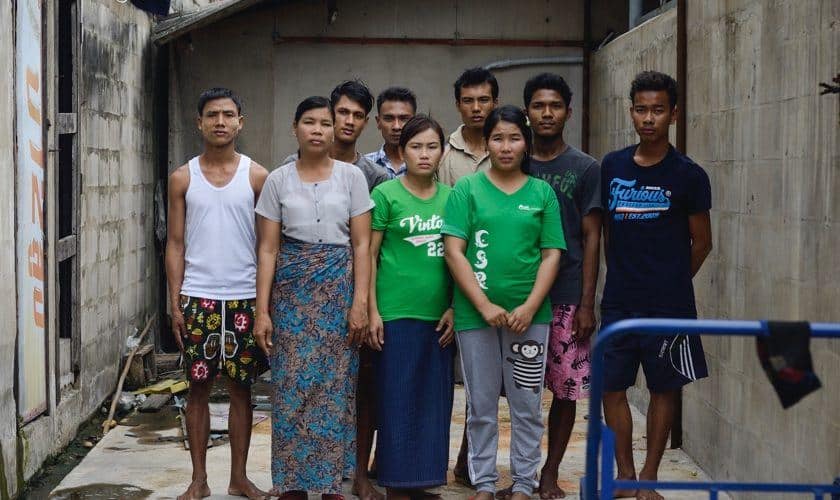 To secure justice for 14 migrant workers from Myanmar who reported harsh treatment and exploitation while working on a chicken farm in the Lopburi region of Thailand. The migrant workers said that their employer had confiscated their passports, forced them work night shifts, and made them sleep next to the poultry factory.

In June 2016, the 14 migrant workers told Migrant Workers Rights Network (MWRN) that they were subjected to abuse on the chicken farm operated by Thammakaset Farm. They also filed a complaint with the National Human Right Commission (NHRC) of Thailand, which found that there was a breach of their contracts. In the midst of the case, Betagro, a major Thai exporter, stopped sourcing from Thammakaset Farm.

Thammakaset has filed 15 cases of defamation against the workers, as well as a journalist and activists who have publicly supported their case. In addition, the company filed criminal theft charges against two of the migrant workers, who they claimed stole their timecards showing working hours of up to 20 hours a day.

Freedom United partnered with five organizations calling on Betagro and the Thai Broiler Processing Exporters Association to not suspend or cut ties with suppliers that fail to meet labor standard practices. Rather, we urged the them to work within their supply chains to ensure that all workers are fairly treated and will not face industry retaliation for speaking out about labor violations.

Since the launch of Freedom United’s campaign in July 2016, 88,847 supporters signed the petition demanding justice for the migrant workers.

The Lopburi office of the Department of Labor Protection and Welfare conducted an investigation, finding that the workers’ passports had not been confiscated but that they were owed unpaid wages.

This supported the workers’ in court as the Supreme Court ruled in January 2019 that they were owed 1.7 million Thai Baht (US$52,000) in compensation from their former employer.The court found that their former employer violated civil law, paying salaries below what is legally required neglecting to pay overtime. However, the court ruled that the company was not guilty of human rights violations.

With defamation charges still facing many of the migrant workers and their supporters, in February 2019 Freedom United signed a joint letter to Thailand’s Prime Minister, joining with 88 international, regional, and local organizations from around the world. In it, we asked the Prime Minister to oppose and seek the dismissal of complaints brought by Thammakaset Co. Ltd. against several human rights defenders in Thailand. We will continue to monitor developments on this front.