Why You Shouldn't Give Money to Child Beggars - FreedomUnited.org
This website uses cookies to improve your experience. We'll assume you're ok with this, but you can opt-out if you wish.Accept Read More
Skip to content
Back to Global News 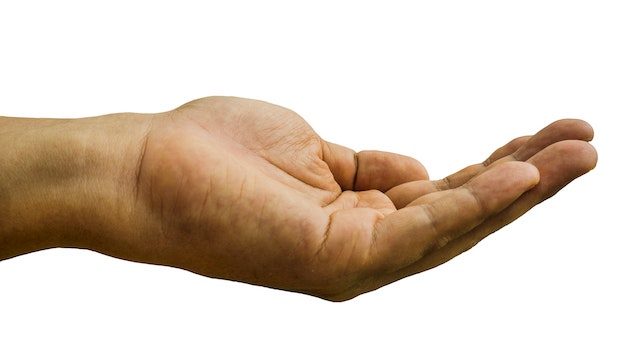 Why You Shouldn't Give Money to Child Beggars

Anti-trafficking campaigners in Ghana are calling on the public to stop giving money to child beggars on the street.

Why? Because most or all of the money they receive ends up in the hands of their traffickers who force them to beg.

In Chained to Begging, a new documentary by journalist Anas Aremeyaw Anas, he goes undercover to reveal that most child beggars in Ghana are actually brought into the country from Niger. Their parents are falsely told that their kids will be put into school in Ghana.

Children the journalist (Anas) and his team speak with share the stories of how they were taken from their parents in Niger with the promise of being put in school in Ghana only to end up on the streets begging.

The money they make at the end of the day goes to their masters who determine how to spend it.

One child trafficker reveals that they got some of the children from Mallams who are supposed to be taking care of them when they are brought to Islamic schools (Madrasa) in the country.

“There are children who are brought to the Madrasa (Islamic school) to the Mallams. They all live in the house of the Mallam. They don’t really have any way to feed themselves, so they beg…. They are available, and I know all of the madrasas where they are,” he says.

Two young girls forced into begging also tell Anas on film that they want to go back to their country because they were happier there.

NGO OAfrica released a statement following the release of the documentary, calling child begging one of the worst forms of child labor that keeps children out of school and puts them at risk of rape, illness, and motor accidents.

“Giving child beggars money does not help the children because the money goes to their “masters” and does not serve the wellbeing of these vulnerable and innocent children,” they write.

“In fact, it only makes the industry bigger with more street children and more attractive and lucrative for traffickers. If we want to STOP child begging in Ghana then we have to STOP giving money to the children on the street. This will help prevent additional children being recruited as child beggars.”