Vatican to Slave-Proof its Supply Chains - FreedomUnited.org
This website uses cookies to improve your experience. We'll assume you're ok with this, but you can opt-out if you wish.Accept Read More
Skip to content
Back to Global News 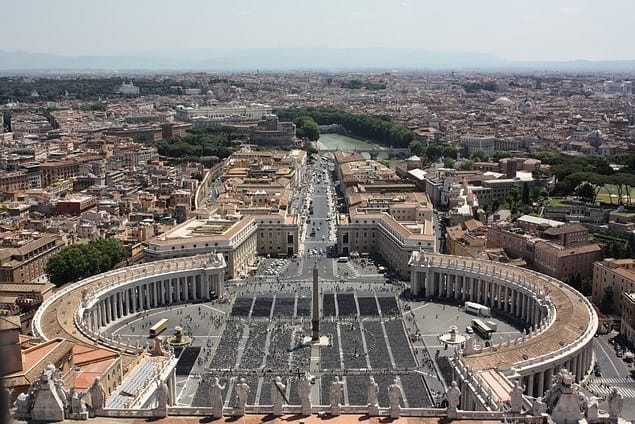 Vatican to Slave-Proof its Supply Chains

The Vatican has committed to making certain its own supply chains have no links to slavery, since some of the largest food chains in the world are making efforts to do the same…

This article explains that the Vatican’s highest finance official, Cardinal George Pell, reported on the new policy during a meeting of The Global Foundation.  That meeting was also attended by the head of the International Monetary fund, Christine Lagarde, who had met with the Pope. Pope Francis has called on faith leaders–Christian and Muslim–to join in the fight against slavery.  Leaders and representatives of the Consumer Goods Forum also declared that it had passed a resolution to “strive to eradicate forced labour from our value chains.” That organization has more than 400 grocery and consumer goods chains as members. Those members include Campbell’s, Nestle, Bumble Bee, etc.  The Consumer Goods Forum accounts for 10 million workers worldwide.  The Vatican praised the Forum and said it planned to eradicate slavery from its chains too.

Pell said, “It is against this backdrop that I am pleased to confirm that the Vatican itself will commit to slavery-proofing its own supply chains and I hope that today’s announcement will serve as encouragement for others to follow suit.”

The Vatican’s contribution to the movement to slave-proof supply chains pales by comparison, given it is a tiny city state of 44 hectares, a few hundred residents and a few thousand employees. But it does have a sought-after tax-free supermarket and department store.