Uzbek Doctors Moonlight as Street Sweepers in State Labor Program - FreedomUnited.org
This website uses cookies to improve your experience. We'll assume you're ok with this, but you can opt-out if you wish.Accept Read More
Skip to content
Back to Global News 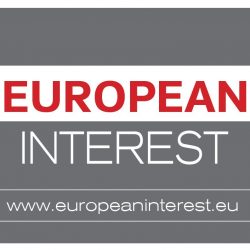 Although Uzbekistan’s government has pledged to tackle state-sponsored forced labor, a new problem has popped up.

Doctors at a state facility in the eastern part of the country are now being made to sweep the streets and clean up garbage before they are able to see their patients.

“Our patients wait in lines for us to return from street-sweeping,” said one doctor who spoke on condition of anonymity. She added that the town’s mayor, Adham Ziyavutdinov, was behind the compulsory cleaning duty orders — a practice that dates bak to the Soviet era.

“Authorities don’t think about the patients,” she said. “We are doctors, our job is to treat patients, not to sweep streets.”

On April 17, Prime Minister Abdulla Oripov announced that forced labour, involving doctors, teachers, and other state employees was a breach of the law and should be investigated by prosecutors and other law-enforcement agencies.

Uzbekistan has long been criticised for the practice of forced labour in its cotton industry, but local activists say the cotton fields are not the only place where authorities exploit public-sector workers.

According to a new report by the Uzbek-German Forum for Human Rights, which monitored the 2017 harvest, there is evidence that state-sponsored forced labour continues, including in World Bank-funded cotton projects in the South Karakalpakstan republic, contrary to the bank’s loan agreements.

Hugh Williamson and Steve Swerdlow from Human Rights Watch are hopeful, however, that the country could shed its reputation for flouting human rights by implementing new policies that would allow for a freer civil society.

In a piece for Eurasianet, they write, “The government’s reform efforts undoubtedly face real challenges. These include too few well-trained civil servants, and local officials whose mentality has been shaped by decades of authoritarian rule.”

“Ministries are hungry for know-how and best practices from Europe, the U.S. and other industrial economies (much less so from China and Russia).”

Take Action: Chip in to support our work to end modern slavery.