Prison System Rife with Slavery - FreedomUnited.org
This website uses cookies to improve your experience. We'll assume you're ok with this, but you can opt-out if you wish.Accept Read More
Skip to content
Back to Global News 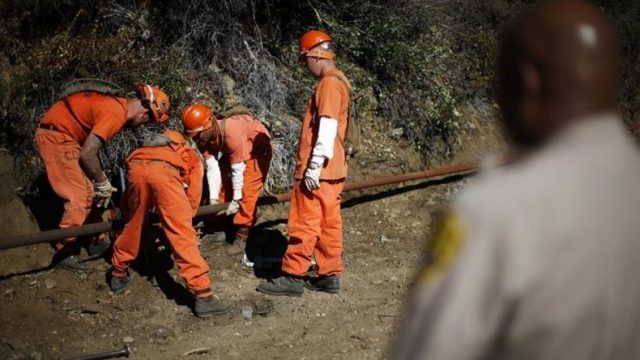 According to Al Jazeera, it is one year ago today since America experienced its largest prison labor strike in history.

“More than 24,000 prisoners across 29 prisons in 12 states protested against inhumane conditions, timing it around the anniversary of the Attica Prison uprising, a prisoner strike now 46 years old. That violent uprising originated from prisoners rebelling against overcrowded cells, unsanitary conditions, medical neglect and abuse. From Attica to the strike led by the Incarcerated Workers Organizing Committee last year, these protests draw attention to an ugly truth: Prisoner abuse runs rampant and it has extended into modern-day versions of slavery. Last year’s strike organizers described slavery-like conditions in prisons in the nationwide call to action. Slavery persists by another name today. Young men and women of color toil away in 21st-century fields, sow in hand. And Corporate America is cracking the whip.”

As a result of massive corporate lobbying, in 1979, Congress passed the Prison Industry Enhancement Certification Program that permitted companies to use prison labor. Because of the great increase in the prison population at the time, profits for companies that participated climbed dramatically.