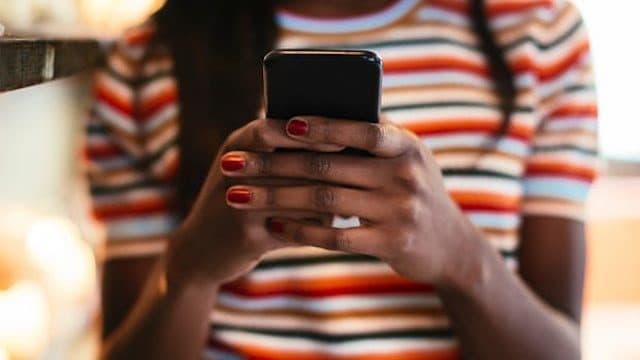 Unseen, the nonprofit behind the UK’s modern slavery hotline, is preparing to launch a new app that both teaches users on potential signs of exploitation and helps them report cases confidentially.

The app, developed in partnership with BT, was developed to improve reporting systems.

With the “ever more sophisticated technology [traffickers use] to control and exploit their victims, it is crucial that those of us combating modern slavery must innovate too,” said Unseen’s CEO, Andrew Wallis.

“Whether that is technology for businesses to map their supply chains, or an app for everyone to have in their pocket at the nail bar, car wash or takeaway, this isn’t just a gimmick, it’s an essential part of the fight to eradicate slavery.”

It uses infographics and bullet points to relay information about modern-day slavery in various contexts, from the agricultural and cleaning sectors to manufacturing and construction.

Specific details about what the app user may see in a certain context – such as physical signs or signs of movement – are aimed at further helping people determine the likelihood of suspicious activity.

Users can then report a confidential concern directly to the modern slavery helpline by placing a call or sending a form.

Eric Anderson, who heads the modern slavery programme at BT and developed the app, said: “We know increased awareness and action from the public is critical to turning the tide on modern slavery. The Unseen app makes it easier than ever to help people spot the signs and report concerns, because it’s there when you need it.”

Since the modern slavery hotline first launched in 2016, Unseen has seen a dramatic spike in the number of calls. Over 2,700 calls and online reports were made in the first half of 2018 — an 80% increase from the same time period in 2017.

Mark Burns-Williamson, the Association of Police and Crime Commissioners’ national lead for human trafficking and modern slavery, and police and crime commissioner for West Yorkshire, welcomed the new app along with the Gangmasters and Labour Abuse Authority and National Crime Agency.

“I have helped develop a similar app in West Yorkshire around hate crime and know it works. We all have a responsibility to take action and I am determined with colleagues to see all PCCs work together with their police forces, partner agencies and communities to tackle these vile human crimes,” he said.