UN Security Council on Trafficking - FreedomUnited.org
Skip to content
Back to Global News 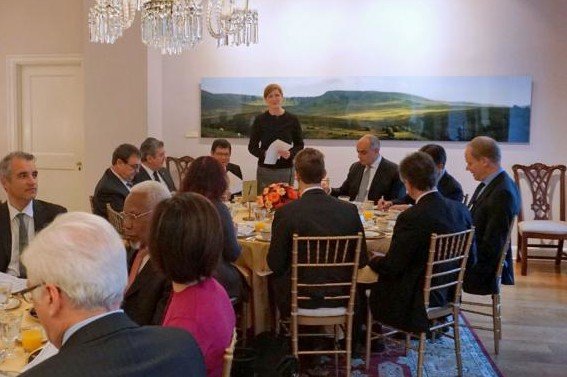 This article from the U.S. Department of State’s official blog asks: Did you know the UN Security Council (UNSC) has a rotating presidency? At every month’s meeting, a different member  serves as the president.  In December, the presidency was held by the United States…

U.S. Ambassador Power began by telling reporters, “We expect to keep you — and ourselves — very busy.” And, indeed, various important topics were addressed.  But specifically on December 17, there was a meeting that included a debate on human trafficking during conflicts caused by terrorists like ISIL, Boko Haram, and the Lord’s Resistance Army.  Members felt this issue was urgent.  Addressing the Council was Nadia Murad Taha, a trafficked survivor who had been held by ISIL.  She shared her account. “I was unable to bear more rape and torture. I decided to escape, but I failed and I was captured by the guards…But it was not only me who suffered, it was a collective suffering.”

Read the complete article, by clicking on the link below.