UN says China must allow human rights chief to visit Uyghur Region - FreedomUnited.org
This website uses cookies to improve your experience. We'll assume you're ok with this, but you can opt-out if you wish.Accept Read More
Skip to content
Back to Global News 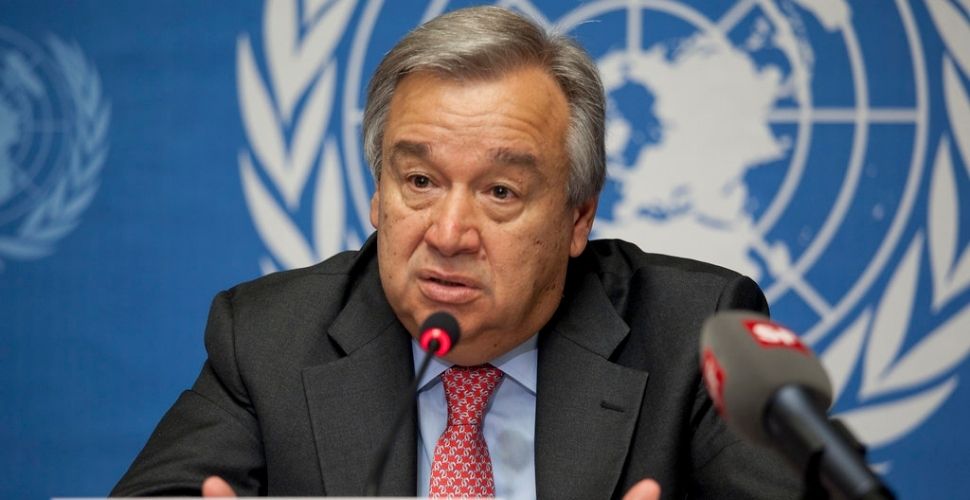 Secretary-General of the United Nations, António Guterres, recently met with Chinese President Xi Jinping and Foreign Minister Wang Yi during which, according to his spokesperson, he shared his expectation of a “credible” visit of the High Commissioner for Human Rights, Michelle Bachelet, to China, including to the Uyghur Region.

According to Al Jazeera,

Bachelet’s office in Geneva said last month that conversations were underway for a possible trip to Xinjiang in the first half of the year.

Hong Kong’s South China Morning Post newspaper reported last month that Beijing had relented and agreed to Bachelet’s visit on the condition the trip should be “friendly” and not framed as an investigation.

It also said that Beijing is also understood “to have pressed for a delay” in the release of a long-awaited report on human rights in Xinjiang until the games had wrapped up.

Bachelet has indeed been calling for a visit for a long time to investigate “reports of serious human rights violations.” The Chinese Ministry of Foreign Affairs has repeatedly said that it would welcome Bachelet but in practice has failed to coordinate with her office to iron out a concrete timeline.

Diplomatic and activist boycotts of the Winter Olympics over human rights violations have caused the Chinese government to condemn “politicizing” of the Games but has also been emphasized the Secretary General’s support of the Games. The government also chose a young Uyghur skier to be one of the final Olympic torch-bearers.

Activists have been calling for the investigative report ahead of the games to no avail. Many, including Freedom United, have requested the International Olympics Committee (IOC) share their human rights due diligence plans ahead of the games without success. Though there was no visit or report, Guterres still attended the opening of the games. Similarly, the IOC has sidestepped all conversations about human rights.

While the UN is delayed, the International Labour Organization (ILO), released its annual report on global applications of international labor standards. In the report, the ILO Committee of Experts found that “the employment situation of Uyghurs and other Muslim minorities in China provides numerous indications of coercive measures many of which arise from regulatory and policy documents.”

Freedom United supports the call for the UN High Commissioner for Human Rights to investigate the situation on the ground and hopes that this can be done as soon as possible. However, given the ongoing delay, we continue to prioritize calling on the Chinese government to take action.

Join the campaign today and call on the Chinese government to free Uyghurs from forced labor.

After working in India for 10 years as a volunteer for a Gandhian (Sarvodaya) organisation, Since my return to Belgium due to the Covijd epidemy, I have become more and more dismayed about the severe disregard for elementary human rights in Belgium and “the .West”. Poverty has increased tremendously over the last 10 years, due to exploitative labour systems, reductions in social protection, exploitation of immigrant “illegal” labour. Who are we to think we can condemn others, while we fail!