UK Ramps Up Deportation of Child Trafficking Victims to Vietnam, Eritrea, Afghanistan - FreedomUnited.org
Skip to content
Back to Global News 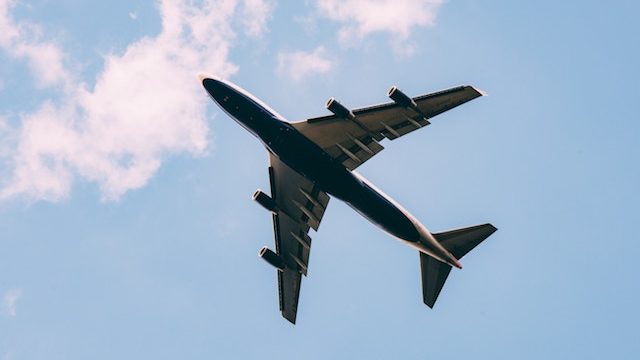 The trend is deeply worrying as many of these survivors — some of them teenagers — are sent back to countries where they have no family left and are vulnerable to being re-trafficked.

Furthermore, many anti-slavery campaigners in the UK fear that these deportations will prevent child trafficking victims from coming forward for fear of being treated like criminals and subsequently kicked out of the country.

Between 2015 and 2017, the government denied asylum to 183 people trafficked or enslaved as children – double the total for the previous three years – Home Office (interior ministry) data obtained exclusively by the Thomson Reuters Foundation revealed.

The data – uncovered under the Freedom of Information Act – exposes for the first time the number of ex-slaves deported from Britain after turning 18.

In Britain, 2,118 children suspected to have been trafficked – mostly trapped in sexual exploitation, domestic servitude or forced labor – were referred to the government last year, up 66 percent on 2016 and marking the highest annual number on record.

While about a third were British, many used as drug runners, hundreds were trafficked from countries such as Vietnam, Sudan, Eritrea, Afghanistan and Iraq, according to government figures.

Yet child victims of slavery have no guarantee of specialist support or time to remain under the law, which is under review amid campaigners’ concerns that it has not made a serious dent in a trade estimated to cost Britain billions of pounds a year.

Tamara Barnett, projects leader at the Human Trafficking Foundation, added that “If [child trafficking victims] fear being deported, they will be put off from coming forward and seeking help, and will instead disappear and go off the radar.”

While many rescued child trafficking victims are placed in local authority care and foster families, they face a major battle if they wish to remain in the country as they must be granted asylum as an adult.

Many of these victims were given to traffickers by their own families, making deportation even more traumatic. “They are being returned to countries where they have a high risk of being re-trafficked,” said Catherine Baker, policy officer at the anti-child trafficking charity ECPAT UK.

“If the government is serious about protecting child victims of human trafficking, it needs to ensure that they have long term stability and support.”

Ahmed Aydeed, a director at law firm Duncan Lewis, said that “Many of the young people we work with have lost contact with their families and have suffered torture and sexual assault,” adding that non-European trafficking victims are far less likely than Europeans to be granted asylum.

Philippa Southwell of Birds Solicitors says authorities find grounds to deport child trafficking victims by prosecuting them for crimes they were forced to commit by their traffickers, especially drug offenses.

“The system is slow and letting down many young victims of trafficking…there is a domino effect of failings,” she said.

I am slowly getting used to ignoring my British origin. This kind of policy is not acceptable, in its core NOT what I would call the British way of doing things.

Where is this country going?

This is an abomination, and not done in my name, how can you treat trafficking victims so cruelly, you show them care and you teach them to write and think independently then just when they think they are safe you throw them back into the possible hands of their original traffickers, that’s not right or humane.

The cruelest thing you can do is give someone something wonderful–in this case a life of freedom–and then take it away. The people who comprise the British government should be ashamed of themselves.

This is hard to read and believe of a country boasting enlightenment, advancement, human rights adherent, even democracy. I’ll post this on social media for more exposure.

The world seems to be following the idiot president, Mango Mousilini. How very nice for those of us who value peace and freedom.

What are the agreements with the countries supplying the victims? The UK should be establishing anti-trafficking programs with those govts, surely? What does that involve? Seems to me there is an equal danger that traffickers are equally happy if victims are in asylum in the UK so long as they don’t give evidence that might harm the criminals. Does blackmail ever ensue or are accepted victims given new identities? Is there any reduced charges or waiving of charges in return for evidence?

Young children are very useful for organ trafficking as they cannot speak out.. The governments blatantly ignore this