UK MPs back Payzee's call to end child marriage - FreedomUnited.org
This website uses cookies to improve your experience. We'll assume you're ok with this, but you can opt-out if you wish.Accept Read More
Skip to content
Back to Global News 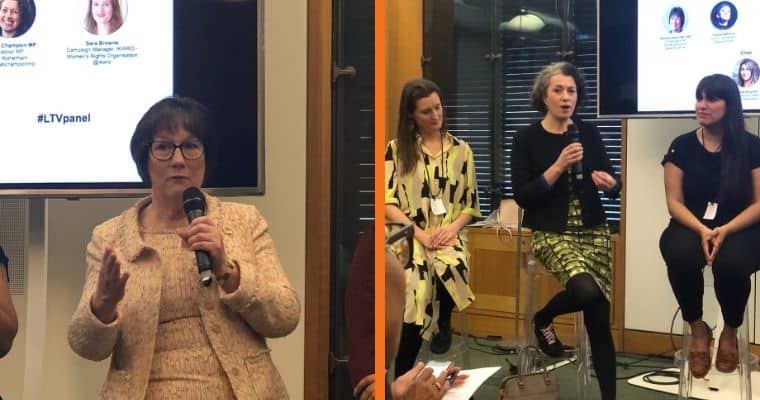 In an article for The House, the magazine of the UK Parliament, Sarah Champion MP and Pauline Latham MP made the case for legislation to end child marriage in the UK.

Child marriage remains legal in England and Wales, where 16- and 17- year-olds can still marry with parental consent.

This exemption, argue Champion and Latham, is a holdover from a time when cohabitation and pregnancy out of wedlock were not socially acceptable, and is no longer relevant in the 21st century.

In making their case for the legislation, the MPs reference the story of Payzee Mahmod, who is currently the face of Freedom United’s own campaign to end child marriage.

Payzee still lives with the impact of her two-year marriage.

For Champion and Latham, there is no excuse for leaving children vulnerable to this sort of abuse.

“By raising the minimum age for leaving education or training to 18, Parliament has rightly recognised that childhood should be safeguarded as a time for learning and personal development. To ensure that every child can fulfil their potential, we must now legislate to outlaw child marriage,” Champion and Latham urge in The House.

“By allowing child marriage we are failing to protect children from domestic abuse and coercive control. It should be a crime for family members and faith leaders to sanction child marriage. This would send a clear message that marriage is a solemn undertaking between two consenting adults, and that it is not possible for a child to consent to such a bond.”

The MPs further point out that the current law in England and Wales is deeply hypocritical.

The UK has been an outspoken advocate of ending child marriage on the international stage, including campaigning for a UN commitment to do so by 2030, but the country’s position loses legitimacy while it does not itself align with these goals.

Bangladesh has already used this fact to defend the lowering of its own marriage age.

The movement to end child marriage in the UK has seen exciting steps this week.

On Monday, Baroness Hussein-Ece introduced The Marriage and Civil Partnership (Minimum Age) Bill to the House of Lords, which is the first step towards putting a child marriage ban into law.

Just two days later, Payzee bravely shared her story in Parliament with MPs, including Champion and Latham, explaining why it’s so important to end child marriage once and for all.

Champion and Latham cite a growing coalition of organizations that back their call to end child marriage, among them Freedom United.

Others include IKWRO, the co-chairs of the Girls Not Brides global campaign, Human Rights Watch, Galop, and the Muslim Women’s Network.

That Champion, a Labour MP for Rotherham, and Latham, a Conservative MP for Mid Derbyshire, can rally together so passionately around this issue is a testament to the proposal’s widespread support.

Freedom United has already gathered over 100,000 signatures calling on the government to take action and ban child marriage. Add your name now.