UK Lawmakers Debate Libyan Slave Markets - FreedomUnited.org
This website uses cookies to improve your experience. We'll assume you're ok with this, but you can opt-out if you wish.Accept Read More
Skip to content
Back to Global News 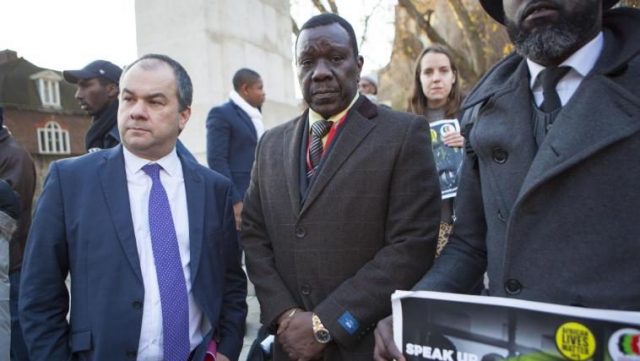 The debate held in parliament resulted from a petition started by Constance Mbassi Manga that called on the UK government “put pressure on the Libyan government to take immediate action to stop these criminals from selling more people, to set current prisoners free, arrest the criminals and end this.”

It was signed by more than 265,000 people — far beyond the 100,000 threshold needed to prompt a parliamentary debate.

CNN reports that some MPs pointed the the EU’s push to stop migrants from reaching Europe as a driver of the abuse:

The images emerging from Libya are shocking and “have a historical resonance,” said Lyn Brown, MP for West Ham. “The victims are black Africans and the people who enslave them are not. These people matter. African lives matter,” she said. “They need us to be their allies, taking action to end this today. This is not a situation that we can simply take note of and move on.”

Others criticized the UK government for failing to provide safe, legal migration routes for Africans hoping to reach Europe, arguing that this leaves them vulnerable to traffickers. “The EU goes to great lengths to stop migrants coming into its territory, including even training the Libyan coastguard to stop boats reaching Italy,” said Chris Law, MP for Dundee West. “As part of the EU, the UK is complicit with the EU’s push to tighten its borders.”

In the storm of global outrage over the existence of these slave auctions, Libyan officials said they need help from the international community. “Addressing this phenomenon exceeds the national capacities,” said the United Nations-backed Libyan Government of National Accord.