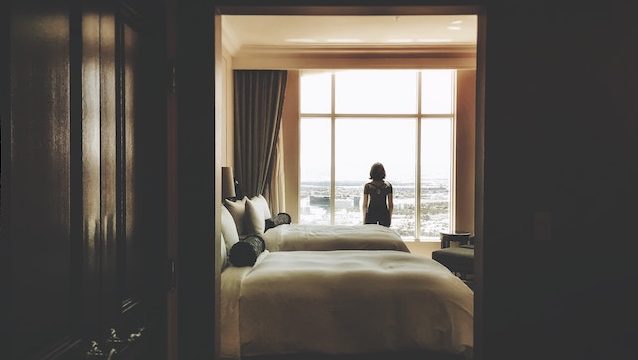 But combined with activities like last-minute bookings, paying in cash, or landing without luggage, it is possible that something more sinister is at play: human trafficking.

But it is not just sex trafficking on hotel property that has the hospitality industry worried, it is also the threat of hotel goods being made by global supply chains tainted by forced labor and subcontracted workers being exploited.

Many hotels in Britain are teaching staff to spot the signs, and scrutinising suppliers of goods from shampoo to sheets.

But exploitation of their employees is the insidious threat. Countless hotels are in the dark about the backgrounds of their workforce – and may be inadvertently hiring slaves, experts say.

“Outsourced staff are a key risk in supply chains in the hospitality industry when it comes to modern slavery,” said Dominic Fitzgerald, development director at Shiva Hotels group.

Many major hotels in Britain hand control of their workforce to recruitment agencies – leaving mainly low-skilled and migrant workers vulnerable to debt bondage, poor pay and long hours, and working under duress to fill the pockets of their traffickers.

Many experts say the hotel industry is passing the buck by subcontracting workers.

Peter McAllister of the Ethical Trading Initiative, a group of trade unions, companies and charities, noted that “Hotels must stop hiding behind contracts – they should have direct contact with all workers rather than absolving themselves of responsibility.”

Still, some major players have joined forces to fight back against slavery.

While thousands of hotel staff across the country are being trained to spot the signs of trafficking, hotels still aren’t doing enough to make sure their own staff aren’t victims.