Trafficking victims in Libya: “We had to drink from the toilet”
This website uses cookies to improve your experience. We'll assume you're ok with this, but you can opt-out if you wish.Accept Read More
Skip to content
Back to Global News 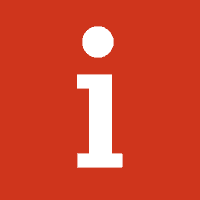 Trafficking victims in Libya: “We had to drink from the toilet”

“For the first three days after they caught us we had no food. We had to drink from the toilet,” said Samuel, a 42-year-old Nigerian of his experience in al-Nasr Detention Centre in Zawiyah, Libya to i.  “It was so cramped, we slept sitting up,” he added.

Samuel is among tens of thousands of migrants and refugees who have been held in dire conditions in Libyan detention centers and subjected to forced labor and torture. Despite acknowledging the abhorrent abuse they face, the E.U. continues to support the Libyan Coast Guard to return people intercepted in the Mediterranean to Libya.

Samuel spoke of frequent beatings with metal pipes: “If I take off my T-shirt, you will see the marks,” he told i. He was only allowed to leave once his family transferred thousands of dollars for his release.

Forced labor under threat of death

Many survivors have reported that guards force detainees to carry out unpaid manual labor.

Seventeen-year-old Mohammed from Gambia was a victim of forced labor at a center. He had been picked up by a Libyan group on the street who demanded money from him. When he couldn’t pay, they made him work – he was not allowed to leave until he completed a year of unpaid labor.

“If you try to escape because you don’t have money, they even shoot you,” he told i.

The E.U. is complicit in the trafficking of people on the move in Libya. With a budget of €84.85m (around $86.32m) for the period from July 1, 2021 to June 30, 2023, the bloc provides capacity building for the Libyan Coast Guard as well as “strategic and operational” assistance for wider Libyan border management efforts.

An E.U. spokesperson told i:

[It’s] essential to continue engaging with Libyan authorities in building capacity for an effective border management system in line with core fundamental rights standards, to save lives at sea and to fight the criminal gangs that profit from irregular migration.

However, the E.U.’s support for the Coast Guard is leading to more people being intercepted at sea and returned to the country’s infamous detention system, where they face extreme danger.

Urge the E.U. to stop

Activists and organizations are urging the E.U. to stop facilitating the enslavement of people in Libya. We will not tolerate this suffering! Join us today – sign the petition.