Traffickers Targeting the Homeless in the UK - FreedomUnited.org
This website uses cookies to improve your experience. We'll assume you're ok with this, but you can opt-out if you wish.Accept Read More
Skip to content
Back to Global News 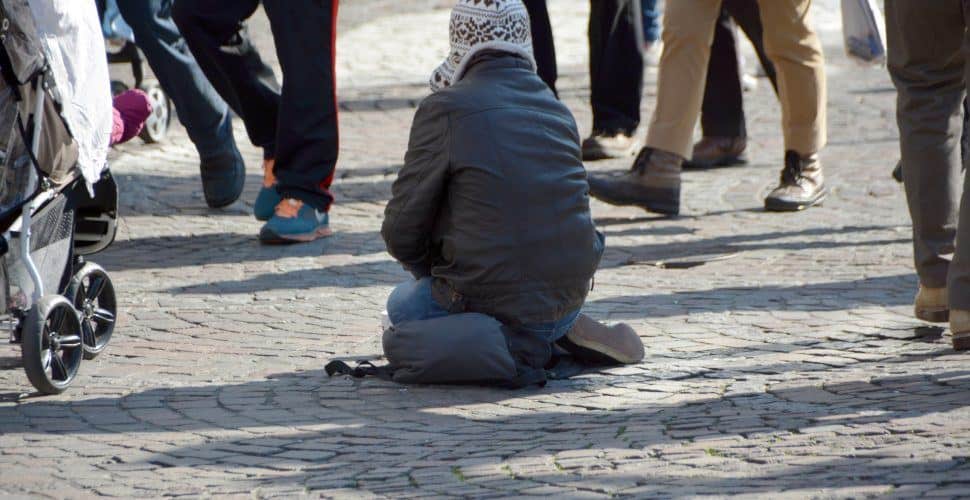 Traffickers Targeting the Homeless in the UK

UK charities are warning that traffickers are targeting homeless people, exploiting them for slave labor under false promises of work and accommodation.

Thomson Reuters Foundation reports that traffickers are bold enough to prey on the homeless at homeless shelters, soup kitchens and support groups.

“While modern slavery affects many sections of society, we feel this group (homeless people) is particularly vulnerable,” said Carly Jones, chief executive of the charity Sifa Fireside, which is based in Birmingham, Britain’s second-biggest city.

“There have been occasions outside our own service where traffickers have been attempting to ‘recruit’ our clients,” Jones told the Thomson Reuters Foundation by email.

Homeless migrants are even more vulnerable because they are less likely to seek help out of fear of being deported or detained according to Matthew Downie, director of policy and external affairs at the non-profit Crisis. Furthermore, victims of trafficking are also at risk of becoming homeless, putting them into a cycle of exploitation. “We have started to see an increase in people on the streets that showed possible indicators of being victims of trafficking,” said Karen Savant of St. Mungo’s in London.

There are few statistics on the numbers of homeless in the UK who are trafficked as there is no specific database or system for recording this.

The government recently reported that at least 13,000 people are victims of forced labor, sexual exploitation and domestic servitude in the UK, but police suggest that the true figure is much higher.

This article on trafficking and the exploitation of vulnerable homeless people [especially migrants], confirms that Britain is dead right in is right in tightening up its enforcement of immigration laws. We definitely wish to support refugees and qualifying migrants. Yet the only solution to protecting migrant homeless from this predatory evil, is to repatriate those in the U.K illegally, and to actually do something for the legal homeless population.

How tightening immigration help anyone? Not only will that not solve anything, it will make matters worse. Any positive benefit will be an illusion because you’re sending the problem elsewhere. There’s no net gain. Whether they came into the UK illegally by their own choice, or got trafficked in against their will, as slaves often are, targeting the exploiters is the solution, not targeting the victim.

I agree -you are very right