Thousands of Enslaved Fishermen Rescued - FreedomUnited.org
This website uses cookies to improve your experience. We'll assume you're ok with this, but you can opt-out if you wish.Accept Read More
Skip to content
Back to Global News 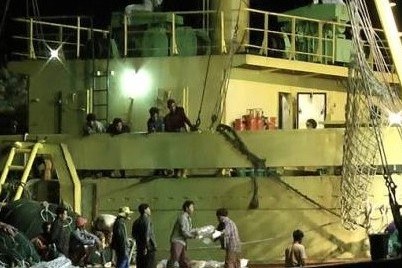 This year, 2,000+ fishermen have been rescued from slavery because of an Associated Press investigation into seafood products that came into the US.

Burmese men were rescued from the busy port town of Ambon in Indonesia…some a decade or more after they were tricked by brokers/traffickers into atrocious working conditions on fishing vessels.  Emotional men held hands as they walked together toward buses, and were cheered on by those waiting for the next bus to freedom.  Twenty-five-year-old Tin Lin Tun lost contact with his family five years ago and said: “I’m sure my parents think I’m dead.  I’m their only son.”  He was promised a construction job, but instead was sold into slavery.