Teenage Girls Saved by Vigilant American Airlines Staff - FreedomUnited.org
This website uses cookies to improve your experience. We'll assume you're ok with this, but you can opt-out if you wish.Accept Read More
Skip to content
Back to Global News 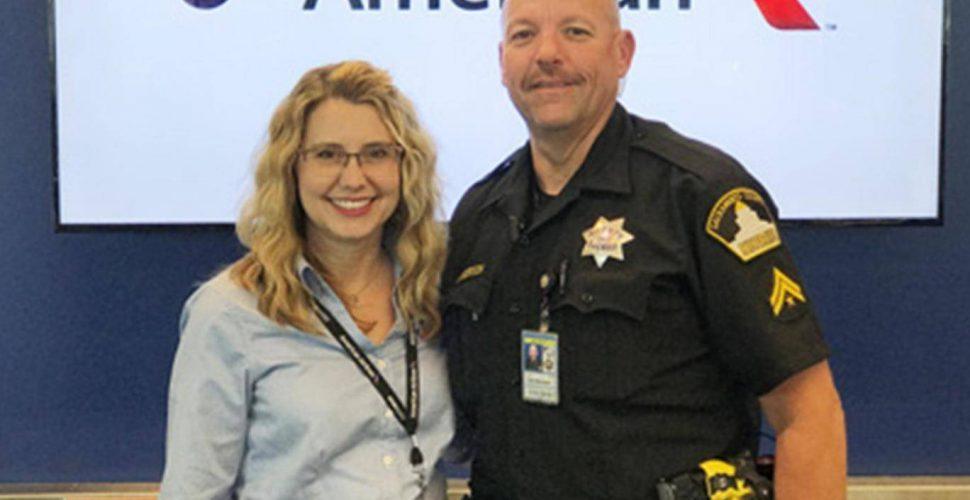 Miracle says she “had a gut feeling that something just wasn’t right” when the two girls — aged 15 and 17 — showed up at the Sacramento ticket counter to check-in for a first-class flight that had been paid for with a stolen credit card.

The girls had several small bags with them as if they were running away from home and “They kept looking at each other in a way that seemed fearful and anxious.” Miracle then called the authorities.

The Independent reports that initially the girls did not believe that the man talking to them through Instagram could be a predator, but soon the reality began to sink in when the police explained that their tickets were only one-way:

The girls revealed that a man called “Drey” on Instagram had invited them to New York for the weekend to earn $2,000 (£1,425) by doing some modelling and performing in music videos.

They had not told their parents about the trip on 31 August last year and were shocked when they were told the tickets did not cover a return flight.

“When I told them that they didn’t have a flight home, that’s when it kind of sunk in that maybe I was actually telling the truth,” said Sheriff’s Deputy Todd Sanderson.

“In my opinion, what was going to happen was they were going to go back to New York and become victims of sex trafficking. They said they wouldn’t have let that happen, and I said they probably wouldn’t have had a choice.”

When the authorities tried to track down Drey online, he quickly deleted all of his social media accounts.

American Airlines General Manager Aleka Turner  praised Miracle for taking action. “She is a testament to the critical role our frontline team members play each and every day in the operation and the lives of each person they come in contact with. She’s a true professional with a huge heart.”

Congratulations Denice – that was absolutely fantastic. You deserve a major recommendation and a medal. Hopefully this type of alertness/questioning can be incorporated into all worker’s general training. As a parent it’s great to know that there are people like you who watch out for other people. Thank You So Much.

What a great lady!! To follow her instinct to get to the truth on a busy airline desk shows real humanity.i hope her boss rewards her by encouraging others to be as diligent. Congratulations!

Thank you for having saved these young girls from hell! Your alertness and contribution changed their fate. What beauty! Life is for others