Survivor Shares Story of Trafficking - FreedomUnited.org
Skip to content
Back to Global News 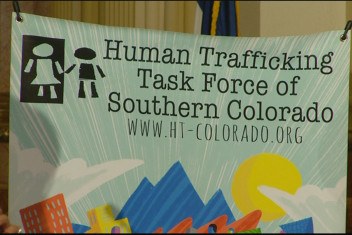 A survivor shares her story.  Her name is Sharee…

There is a $60 million estimated profit from the commercial sex business every year in Denver.  A video features Sharee who is a trafficking survivor.  She was rescued in 2012 from a hotel on Colfax Avenue in Denver when she was only 16 years old.  She tells her audience:  “There are children walking down the street right now praying that either an officer or a john stops them. A john means they’re one step closer to being done for the night; a police officer means they’re safe.”

Sharee emphasizes the importance of everyone recognizing  the signs of human trafficking.  Just one phone call to authorities can save a teenager.  Know the hotline number.  Keep your eyes open.

To read the article, click on the link below.