Put in Solitary Confinement for Refusing 'Voluntary' Labor - FreedomUnited.org
This website uses cookies to improve your experience. We'll assume you're ok with this, but you can opt-out if you wish.Accept Read More
Skip to content
Back to Global News 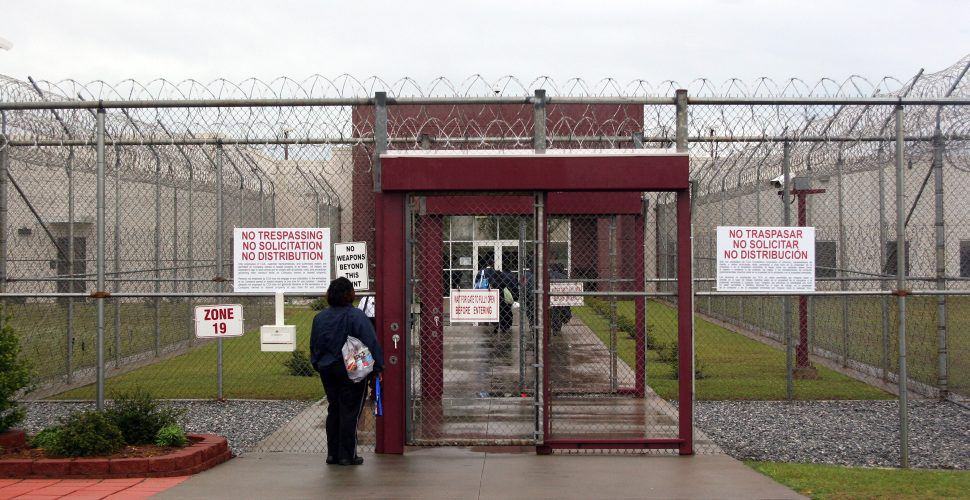 Staff at a privately run Immigration and Customs Enforcement (ICE) detention center in Georgia locked Shoaib Ahmed in solitary confinement after he encouraged other detainees to stop working for the prison’s “voluntary labor” program. The 24-year-old — who came to America to escape political persecution in Bangladesh — says he was expressing frustration that his weekly paycheck for working in the prison kitchen — a mere $20 — had been delayed.

Those detained by ICE often work for as little as $1 per day and cannot be legally compelled to work. Ahmed is one of several ICE detainees who allege that private prison labor programs are anything but “voluntary” and that his solitary confinement is proof that those who speak out are punished.

The Intercept reports that this problem goes far beyond this one Georgia prison:

Ahmed’s account adds to a growing chorus of ICE detainees who allege that they have been forced to work in for-profit ICE facilities or else risk punishment with solitary confinement — a harsh form of captivity that, if prolonged, can amount to torture. Late last month, ICE detainees at a CoreCivic-run facility in California sued the private prison contractor, alleging that they had been threatened with solitary confinement if they did not work.

In October, The Intercept reported that officials had placed another detainee in solitary confinement for 30 days for “encouraging others to participate in a work stoppage” at the same privately run facility where Ahmed was disciplined, the Stewart Detention Center in Lumpkin, Georgia.

CoreCivic has refuted the claims of inmates, saying that segregating inmates in individual cells is humane. “Providing a safe, humane and appropriate environment for those entrusted to our care is our top priority, and we work in close coordination with our partners at ICE to ensure the well-being of the detainees at Stewart Detention Center,” said CoreCivic spokesman Jonathan Burns.

Advocates for the prisoners believe that the “voluntary labor” scheme is an excuse to find cheap labor.

“These big corporations are circumventing the traditional labor market,” said Lydia Wright, an attorney at the Burns Charest law firm who represents current and former ICE detainees suing CoreCivic in California. “If they weren’t requiring detainees to work for $1 per day, they would have to hire cooks and janitors at minimum wage.”

Maybe CoreCivic spokesman Jonathan Burns would care to spend a week or two in the “safe, humane and appropriate environment for those entrusted to our care” as well as work for the same pittance. I bet he’d change his mind really quickly.
This is a DISGUSTING abuse of people in a bad situation in their life. They come to other countries to escape the atrocities of their own country, only to find more inhumanity in the new country.

This is an outrage.

Absolutely not. You don’t deport a trainee for refusing to work for refusing so-called “Voluntary Labor.” you penalize the individuals who attempted to place him in that situation.

That’s what happens when you privatize social services, profit becomes the bottom line.