Police Deploy Teargas at Pro-Abeid Protests - FreedomUnited.org
This website uses cookies to improve your experience. We'll assume you're ok with this, but you can opt-out if you wish.Accept Read More
Skip to content
Back to Global News 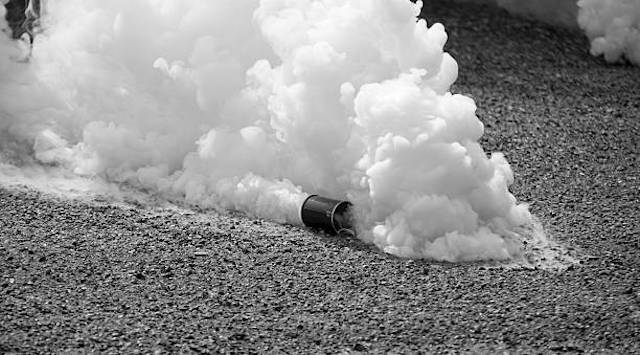 Mauritanian police clashed with protesters on Monday who rallied outside of parliament, demanding the release of anti-slavery activist and new MP Biram Ould Dah Abeid.

The fresh protests coincided with the first session of Mauritania’s newly-elected National Assembly. Police resorted to using truncheons and teargas against pro-Abeid demonstrators who had gathered outside parliament in Nouakchott. Nine people were reportedly injured, including Abeid’s wife.

Abeid was arrested back in August after a journalist filed suit against him for “slander, insults and incitement to hatred.”

However, his arrest was also seen as politically motivated as Abeid is the president of the Initiative for the Resurgence of the Abolitionist Movement, which has vocally fought against chattel slavery in Mauritania.

Under a generations-old system of servitude, members of a “slave” caste are forced to work without pay, typically as cattle herders and domestic servants, despite an official ban that makes slavery punishable by up to 20 years’ jail.

No official figures exist for those still enslaved, but some NGOs estimate that up to 43,000 people remained in bondage in 2016, accounting for around one percent of the population.

Inside parliament, the first session of the National Assembly elected last month got underway with the approval of Cheikh Ould Baya as speaker.

Baya is a former colonel and ally of President Mohamed Ould Abdel Aziz, whose second and final term of office ends next year.

Notably, Abeid, despite being held by the authorities, won a seat in parliament.

A spokesman for the protestors, Hamadi Ould Lehbouss, called for Abeid’s immediate release, arguing that he is being held on trumped up charges.

“These are young people who came to demand the release of the MP and leader who has been unjustly imprisoned,” he said.

“People are having fun ignoring the case and holding him in prison in defiance of any reason.”

It is good news that Mr. Abeid won a seat in parliament. Now let’s hope that he will released ASAP.