U.S. massage workers see police as biggest threat to their safety - FreedomUnited.org
This website uses cookies to improve your experience. We'll assume you're ok with this, but you can opt-out if you wish.Accept Read More
Skip to content
Back to Global News 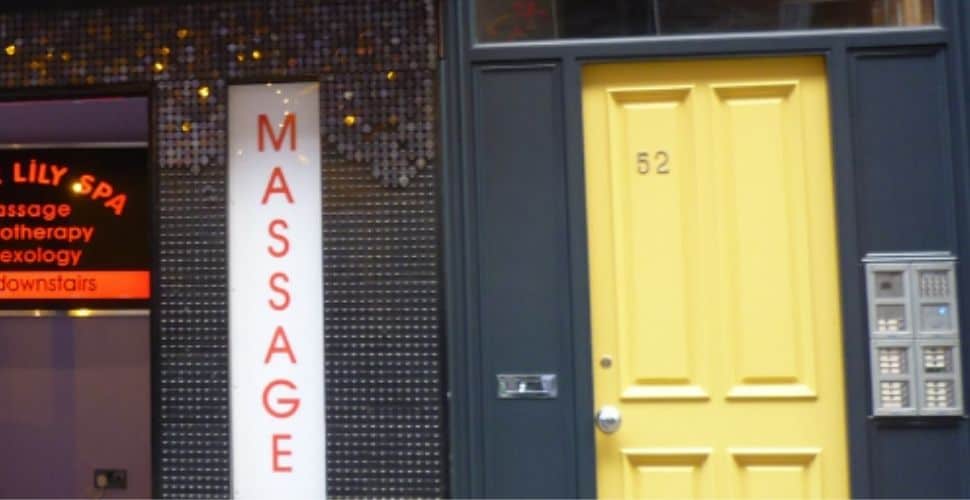 The Guardian reports that, in the United States, many massage workers are more afraid of police and law enforcement raids than client robbery or assault or employer abuse. Why are they so wary of the police?

According to The Guardian,

If massage workers are abused or robbed by a client, calling the police isn’t an option, since sex work is against the law and carries harsh criminal penalties. Doing so would mean risking arrest, and an arrest means having a criminal record and potential deportation. Advocates say the inability for massage workers to go to the police for help – coupled with the stigma that comes with their work being criminalized in the first place – makes them vulnerable to violence, including an event like the Atlanta spa shootings in March.

In New York alone, between 2012 and 2016, police sting operations in massage parlors, resulted in an increase in the number of Asian-identified people arrested for prostitution or unlicensed massage by 2,700%.

A great number of arrests are for sex work which is illegal in most of the U.S., though many raids are supposedly aimed at tackling sex trafficking.

However, the many sex workers who choose their work naturally find law enforcement a major threat to their livelihood and the actual trafficking victims are often afraid of stings due to the illegality of sex work and, many times, because of their insecure immigration status.

Additionally, the possibility of police involvement can sometimes add a layer of insecurity for workers that enable forced labor conditions.

The more sex work is pushed underground, the less people who are victims of trafficking and exploitation can access the help they need. One form of exploitation attorneys at the Legal Aid Society sometimes encounter when representing massage workers involves bosses withholding their wages or taking a cut of their pay. If massage work were treated like any other kind of job, these workers could file wage and hour claims with the Department of Labor, and invoke the same labor protections other workers are afforded.

New York is beginning, in practice, to decriminalize sex work by cutting back prosecutions for prostitution. But the arrests continue despite promises from the New York Police Department.

Freedom United is wary of the criminalization of sex work as an effective method of tackling sex trafficking. We hosted a webinar earlier this year to explore the links between trafficking and sex workers’ rights.

You can learn more about this topic on our dedicated resource hub.

It seems so-called advocates against slavery & exploitation are too tolerant of advocating for sex work when everyone with half a brain knows that sex work is inherently exploitive=socio-economic slavery. You can’t have it both ways >stop exploitation or support it. I prefer the former=stop sex industry.
Women will never be 100% free & equal & SAFE so long as they are involved in sex work. Wake up! Faux feminists inadvertantly pimp women out with faux advocacy of sex work.

This article contradicts itself with this statement. It says, ‘…they may be mistaken for sex workers when they are not.’ Yet below it says they are. So in the end THEY are sex workers despite the idea of being mistaken as sex workers???
According to The Guardian,

If massage workers are abused or robbed by a client, calling the police isn’t an option, since sex work is against the law and carries harsh criminal penalties.