How Priti Patel harmed survivors by conflating modern slavery and immigration
This website uses cookies to improve your experience. We'll assume you're ok with this, but you can opt-out if you wish.Accept Read More
Skip to content
Back to Global News 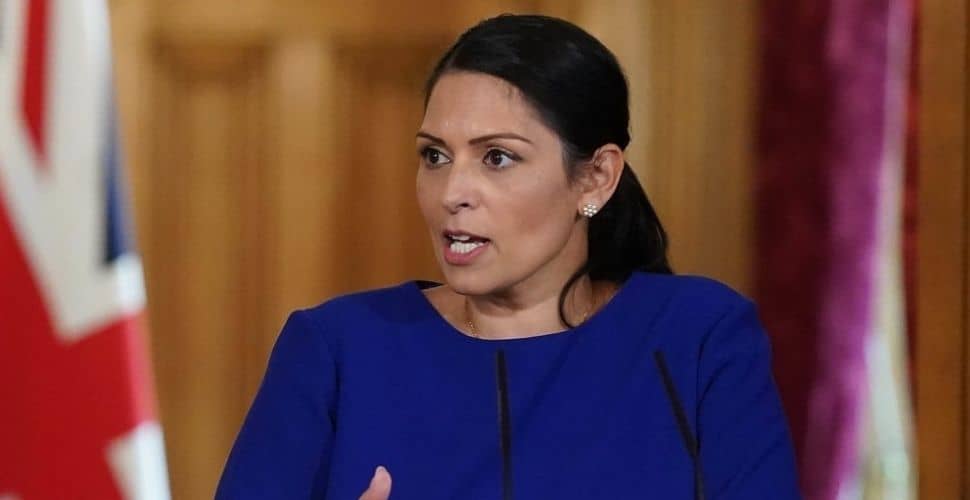 In her time as U.K. Home Secretary, Priti Patel consistently conflated immigration and modern slavery. She claimed that efforts to stop people from coming to the U.K. to live were necessary to fight human trafficking. In public statements, she accused people on the move of abusing the modern slavery protection system.

The result? The government passed the Nationality and Borders Act with clauses that majorly curtail survivors’ access to support.

Patel’s resignation earlier this week was celebrated by many, but the system she leaves behind will continue to harm survivors unless immediate action is taken by her successor, Suella Braverman.

Under increasingly hostile policies, we have seen trafficking and modern slavery viewed through the lens of immigration enforcement. As a result, modern slavery victims and survivors are losing rights and support fundamental to their recovery.

The Nationality and Borders Act, which became law in April, introduced a series of harmful changes to the framework through which victims of modern slavery are identified and given support. Symington touches on some of the main outcomes of the new legislation:

Victims now face trauma deadlines, disqualification from support because of crimes forced to commit during their exploitation, and an increased burden of proof when going through the National Referral Mechanism.

Patel leaves behind this legacy of hostility toward people who have experienced modern slavery.

Not only has Patel limited survivors’ access to support during her term, but she has also put more people at risk of modern slavery with her hostile migration policies. The Rwanda scheme is a perfect example.

The Rwanda policy puts vulnerable people at great risk of exploitation. […] By placing individuals already vulnerable to exploitation into a country with a weaker modern slavery prevention system, they enter an environment where they will be at an elevated risk from human traffickers.

The Home Office justifies this policy as a means to stop people travelling through irregular channels to the U.K. However, for the vast majority of people, there are no regular migration routes available, meaning irregular travel is often their only option.

Suella Braverman has now taken over for Priti Patel, and the modern slavery sector is clear on the direction the government must take if it cares about human rights. The Home Office must stop conflating modern slavery and immigration. Barriers to victim identification and support must be dismantled.

Join us in calling on the U.K. and governments around the world to prioritize human rights and stop introducing migration legislation and policies that put people on the move at risk of exploitation. Sign the petition today.