Natural Disasters Lead to Child Marriage - FreedomUnited.org
This website uses cookies to improve your experience. We'll assume you're ok with this, but you can opt-out if you wish.Accept Read More
Skip to content
Back to Global News 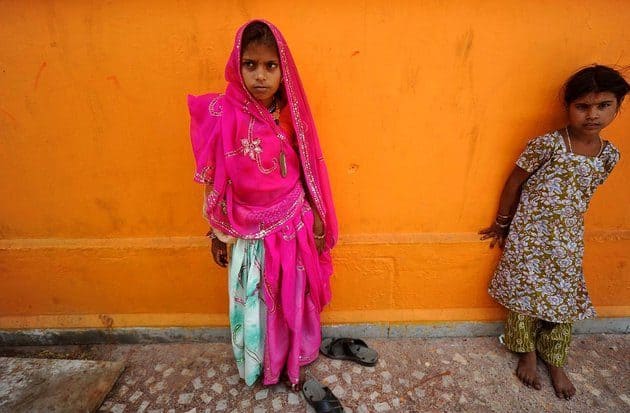 Natural disasters prompt aid agencies to provide the basics–food, water, and shelter–but it is very important, according to a new report, that they also offer services that might prevent vulnerable girls from being exploited, for example through child marriages…

UNICEF reports that annually, 14.2 million girls are forced to wed before they turn 18. It is a human rights violation, and it puts these children at a greater risk of intimate partner violence, sexually transmitted infections, and illiteracy. The Women’s Refugee Commission reported that families who are struggling financially are more prone to push their girls into marriage, because they hope it will help them avoid a life of hardship.

So who will protect these girls?  Hopefully programs and government leaders will both protect and empower the many young girls who find themselves in the aftermath of natural disasters.

The Commission in 2011 began to evaluate girls displaced by natural disasters from Uganda, the Congo, Syria, and Somalia. This was an attempt to measure how much crisis and disaster effect these children.

The author of the report, Jennifer Schlecht, said, “Poverty, exacerbated in displacement, is a driver of early marriage as parents hope to secure a daughter’s future or to meet basic needs.”

That is exactly what happened last year when a 7.8-magnitude earthquake in Nepal killed thousands of people.

Anand Tamang, director of CREHPA, which is a Nepalese group which campaigns against child marriage, explained, “There will be a dramatic increase in child marriage and trafficking.”

In that case, girls were more susceptible to child marriage if they lost their parents, if their parents could no longer keep them in school, or if their schools were destroyed.

To put an end to these trends, the Commission outlined a plan that could protect vulnerable girls and enable them to lead healthy and fulfilling lives.

Education is key to breaking the cycle of child marriage, but underserved girls are often deprived of the opportunity to learn. Such issues as distance, language barriers, and fees preclude girls from accessing education, which could give them life skills and economic literacy.

“When girls finish their schooling, they gain skills, knowledge and confidence – in short, they are empowered to improve their lives and the lives of everyone around them,” Prince Harry said in March while partaking in a child marriage summit in Nepal.

To read the entire article about natural disasters, click on the link below.