Kuwait Establishes Minimum Wage for Domestics - FreedomUnited.org
This website uses cookies to improve your experience. We'll assume you're ok with this, but you can opt-out if you wish.Accept Read More
Skip to content
Back to Global News 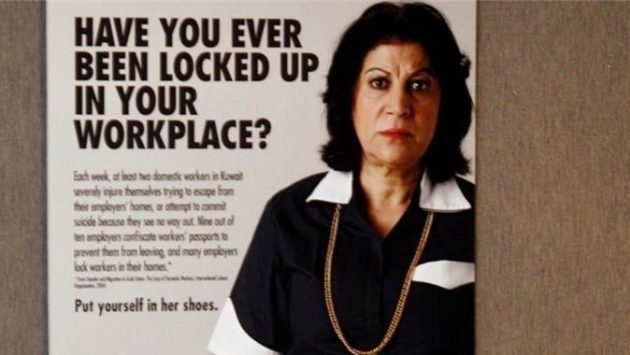 Kuwait is now the nation in the Gulf to control work conditions and minimum wage through legislation for its thousands of domestic workers.

The minimum wage is now–as published on the Kuwaiti Interior Ministry’s website–60 Kuwaiti dinars ($198) a month.

It is the first in the Gulf to make such a change and it urges others to follow suit  It also requires bosses to pay overtime for any extra hours.

It grants maids the right to a weekly day off, 30 days of annual paid leave, a 12-hour working day with rest, and an end-of-service benefit of one month a year at the end of contract. The estimated 600,000 domestic servants in Kuwait are among at least 2.4 million working in homes across the Gulf.

They are not covered by ordinary labour legislation. Human Rights Watch (HRW) and other groups have reported widespread abuses, including non-payment of wages, long working hours with no rest days, physical and sexual assault, and no clear channels for redress.

Again and again, Human Rights Watch has urged the Gulf states to improve their labour laws so that they cover domestic workers/servants, offering them the “equal protections” that are available to other workers.  HRW also believes that the kafala system must be revised.  The kafala system, or sponsorship, has been criticised as a form of bonded labour or even slavery.

That system restricts many workers from going to a new job until their contract ends or until they have permission from their current employer…thus trapping many in abusive and unfair practices.

In November 2014, Gulf and Asian labour ministers agreed on a series of initiatives aimed at boosting protection and improving conditions of employment for foreign workers in the Gulf.