Killed for Her Kidneys? – Ugandan Woman Trafficked to Jordan Dies - FreedomUnited.org
This website uses cookies to improve your experience. We'll assume you're ok with this, but you can opt-out if you wish.Accept Read More
Skip to content
Back to Global News 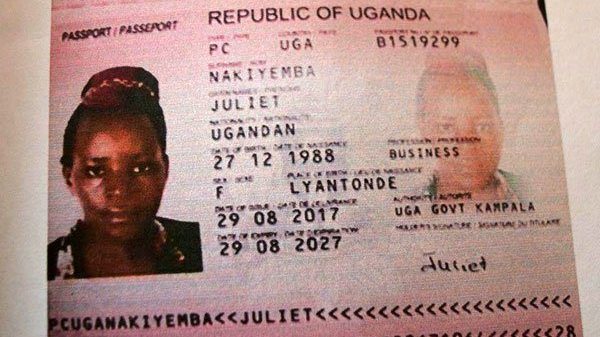 Killed for Her Kidneys? – Ugandan Woman Trafficked to Jordan Dies

The death of a Ugandan woman in Jordan has led to two people being arrested in Kampala on charges of human trafficking. A “[p]ost-mortem report confirms that two of the deceased’s kidneys had been removed, a condition that may have resulted in her sudden death.” [1]

Juliet Nakiyemba, 31, left her home in August 2018, her husband, Mr. Moses Nyakana, reported to police. He believed she was visiting her sick parents in their village, but was not able to confirm her arrival because she had blocked his calls. Later she sent him messages and voicemails to let him know she had traveled abroad for better opportunities.

The Daily Nation gives further details regarding the calls and the circumstances as follows:

In September, Nyakana received a phone call from unknown people informing him that his wife was very ill and was to be repatriated back to Uganda.

“He did not take the call serious because she had barely spent a month in Jordan. He was then called the second time by another anonymous caller who told him that Nakiyemba was mentally ill and had committed suicide by jumping through a window of a five-storey building,” said Kampala Metropolitan Police Spokesperson, Mr Luke Owoyesigyire.

It was then that Mr Nyakana reported the case to police in order to establish the company responsible for trafficking her to Jordan.

“It was established that Nakiyemba was trafficked to Jordan in the month of August 2018 through Rwanda by Al Saudi Agency. Al Saudi is a licensed company under Ministry of Gender Labour and Social Development located along Kibuye Salaama Road,” Mr Owosigyire added in a statement.​

Trafficking for organ removal is a form of human trafficking that is often less well known than labor or sex trafficking, or other forms of modern slavery. The UN Office on Drugs and Crime describes the overall circumstances in which organ trafficking occurs:

The transplantation of healthy organs into persons whose own organs have failed, improves and saves thousands of lives every year. But demand for organs has outstripped supply, creating an underground market for illicitly obtained organs.

Article 3(a) of the United Nations Protocol to Prevent, Suppress and Punish Trafficking in Persons Especially Women and Children, ratified in 2000 and commonly referred to as the Palermo Protocol, specifically notes the removal of organs in the definition of human trafficking:

“Trafficking in persons” shall mean the recruitment, transportation, transfer, harbouring or receipt of persons, by means of the threat or use of force or other forms of coercion, of abduction, of fraud, of deception, of the abuse of power or of a position of vulnerability or of the giving or receiving of payments or benefits to achieve the consent of a person having control over another person, for the purpose of exploitation. Exploitation shall include, at a minimum, the exploitation of the prostitution of others or other forms of sexual exploitation, forced labour or services, slavery or practices similar to slavery, servitude or the removal of organs

As of 2012, the year the first case of human trafficking for organ removal occurred in the United Kingdom, the World Health Organisation estimated that traffickers were harvesting up to 7,000 kidneys per year. [2]

For real, this time?